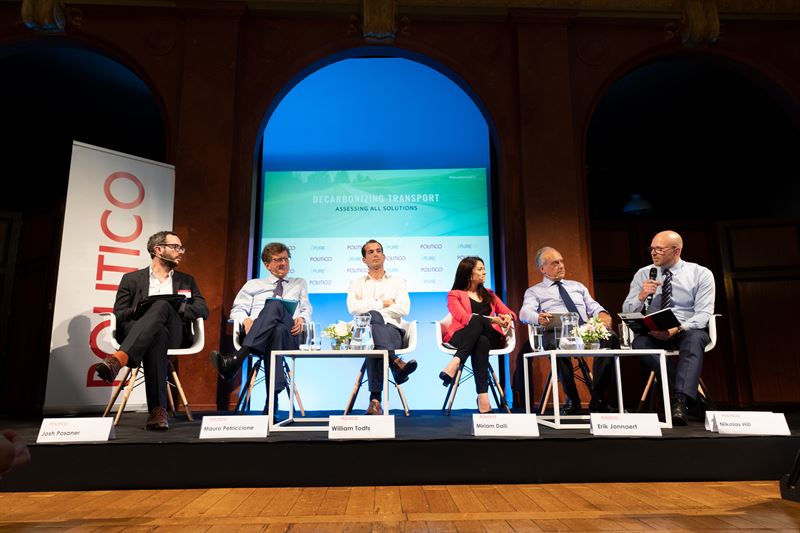 Alarik Sandrup, Director Public and Regulatory Affairs at Lantmännen, was elected Vice-President of ePURE, the European association of ethanol producers on the 20th of June.

Lantmännen has been highly involved in EU policies and the regulatory framework for bioenergy for many years, as decisions made in Brussels have a big impact on future prospects for companies such as Lantmännen Agroetanol. ePURE represents the interests of European ethanol producers and is one of Lantmännen’s most important partners in lobbying the EU. Lantmännen is also one of the founding members of the organization.

ePURE has played a crucial role in the favourable decision on the EU Renewable Energy Directive (RED) and is a prominent industry association in Brussels. Lantmännen has been represented on the board of directors ever since ePURE was founded and is now stepping up its involvement with the appointment of Sandrup as Vice-President.

“EU decisions on bioenergy and biofuels are of huge significance to Lantmännen Agroetanol and we therefore spend a great deal of time monitoring and lobbying policy and decision-making in Brussels. ePURE is vital for us in this work and I’m glad that Lantmännen have been given even greater opportunities to influence the work via my new role within the organisation,” Sandrup says.

In connection to the organization’s annual meeting on the 20thof June, ePURE and media group Politico arranged a conference “Decarbonising transport”. Sandrup participated in a panel debate during the conference alongside representatives from the EU Commission, the European Parliament, the European Federation for Transport and Environment (T&E) and the European Automobile Manufacturers' Association (ACEA). The debate concerned how the regulatory framework for light vehicles should be structured in order to reduce emissions, a hot topic, where environment groups, the auto industry and biofuel producers have differing stances on several issues.

“Sadly, the debate in the EU has descended into trench warfare between renewable electricity and biofuels for road transport. Bearing in mind 95 percent of the energy used for transport in the EU and 80 percent in Sweden still consists of fossil fuels, there ought to be a greater focus on fossil fuels rather than trying to oppose other sustainable solutions,” Sandrup says.

ePURE represents 34 member companies with a combined total of 50 ethanol plants in the EU, which account for 85 percent of total ethanol production in Europe. The association was founded by Lantmännen and other European producers in 2010 and has an office and seven employees in the EU district of Brussels.

More information about the seminar: https://www.politico.eu/event/decarbonizing-transport-assessing-all-the-solutions/

About Lantmännen
Lantmännen is an agricultural cooperative and Northern Europe’s leader in agriculture, machinery, bioenergy and food products. Owned by 25,000 Swedish farmers, we have 10,000 employees, operations in over 20 countries and an annual turnover of EUR 4 billion (SEK 40 billion). With grain at the heart of our operations, we refine arable land resources to make farming thrive. Some of our best-known food brands are AXA, Bonjour, Kungsörnen, GoGreen, Gooh, FINN CRISP, Schulstad and Vaasan. Our company is founded on the knowledge and values acquired through generations of farmers. With research, development and operations throughout the value chain, together we take responsibility from field to fork. For more information: lantmannen.com/en.