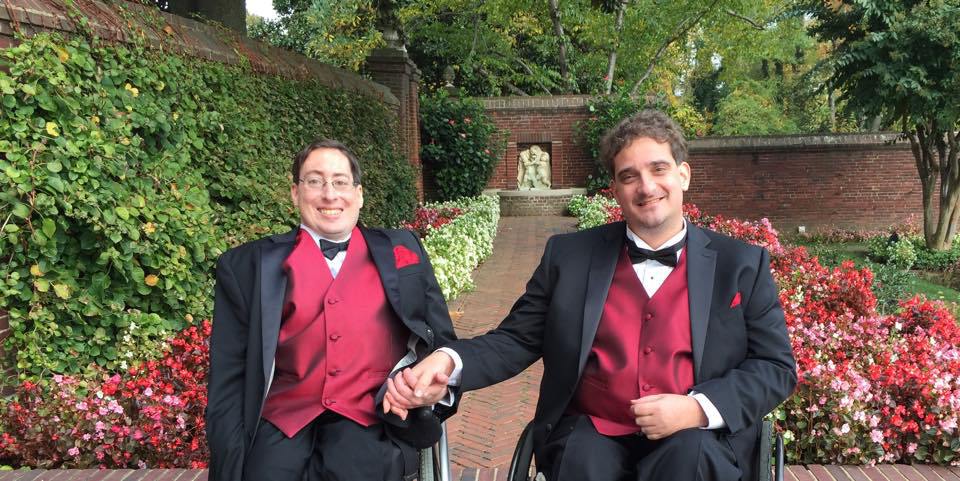 ROCKVILLE, Md., June 29, 2018 - Throughout LGBTQ Pride Month (June), the LGBTQ community has been reflecting on the past and looking forward to the future. Among lesbian, gay and bisexual adults, 30 percent of men and 36 percent of women also identify as having a disability. The disability community intersects with every other minority group, and the LGBTQ community is no exception. The LGBTQ rights movement has made tremendous progress over the past five years, but there is a lot of work left to be done to ensure that LGBTQ people are truly equal.

Both people who identify as LGBTQ and people who have invisible disabilities such as learning disabilities like dyslexia, mental health or ADHD have to decide whether or not to “come out of the closet.” This is not an easy decision for most people because of the uncertainty of whether or not acceptance will follow. LGBTQ youth who come out sometimes are rejected by their families and friends. Some are even kicked out of their homes and forced to live on the streets. According to a University of Chicago report, LGBTQ young adults had a 120 percent higher risk of reporting homelessness compared to youth who identified as heterosexual and cisgender.

Some celebrities and business leaders are using their voice to share their stories, educating people about both visible and invisible disabilities. They are defying the statistics and have remained highly successful with their disabilities. Notable examples include political activist Justin Chappell who is a wheelchair user, CNN anchor Anderson Cooper who is dyslexic, actor Josh Feldman who is deaf, comedian Stephen Fry who has bipolar disorder, artist Frida Kahlo who had polio and spinal and pelvis damage, Eddie Ndopu who has Spinal Muscular Atrophy, YouTuber Tyler Oakley who has depression, model Aaron Philip who is a wheelchair user with cerebral palsy, writer Leah Piepzna-Samarasinha who is chronically ill and journalist Melissa Yingst who is deaf.

It is vital to fight stigmas and advance opportunities so all people who have faced prejudice can achieve a better future.

Our nation’s economy is strongest when it is inclusive of the value that diverse talent brings to the workplace. These celebrities are making a difference in how audiences, both LGBTQ and straight, perceive disability and in setting high expectations for youth with disabilities. People with disabilities of all backgrounds can be amongst the highest achievers on earth. Having LGBTQ people with disabilities as positive role models for success is important for children and young adults who identify as members of both of these communities.

RespectAbility, a national nonprofit working to fight stigmas and advance opportunities for people with disabilities, has been celebrating Pride Month by highlighting the intersection of disability and LGBTQ. RespectAbility has benefited from the work of staff and Fellows who identify as a member of both the disability and LGBTQ communities. Read about their experiences: www.respectability.org/tag/lgbtq-pride-month.

Others like television pioneer Jonathan Murray and philanthropist Darren Walker who do not have a disability themselves but know what it is like to be stigmatized as people who are openly gay have used their influence to ensure more inclusion of people with disabilities as well. Their work has enabled many more people who identify as both LGBTQ and having a disability to succeed.

“It is vital to fight stigmas and advance opportunities so all people who have faced prejudice can achieve a better future,” said RespectAbility’s President Jennifer Laszlo Mizrahi.

The role models mentioned above are especially important to acknowledge during LGBTQ Pride Month. However, their work should be valued and appreciated year-round. RespectAbility will continue to recognize their important contributions on a regular basis.