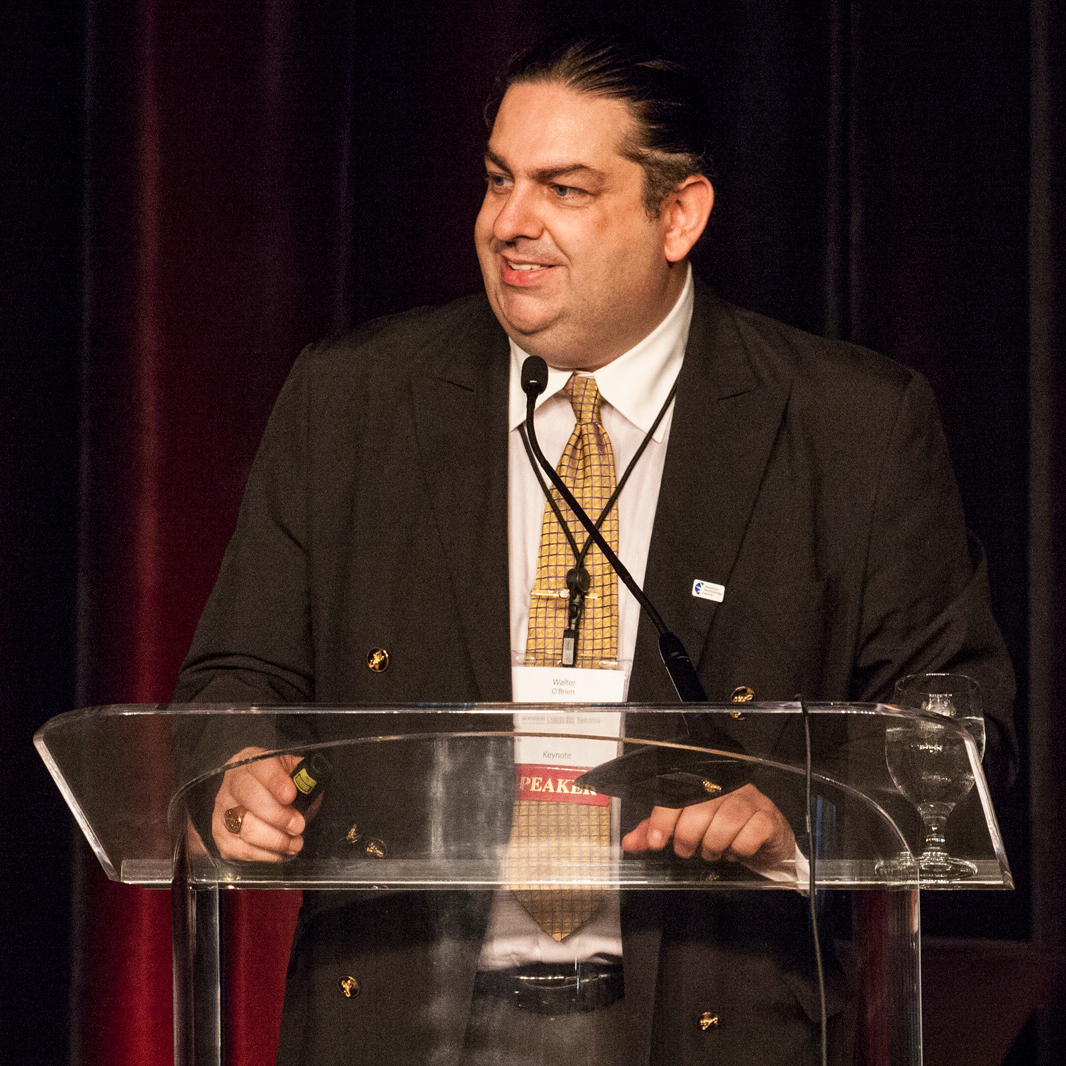 O'Brien spoke to over 600 business leaders and entrepreneurs

His address provided real examples of the problems and solutions he resolved for clients of Scorpion Computer Services, and ConciergeUp.com, Scorpion Computer Services public-facing arm. During a follow up question-and-answer session, one business leader asked O’Brien to predict the price of oil over the next five years. “Is this a funded question?,” O’Brien responded, with the crowd applauding. O’Brien followed with an analysis of inventions, old and knew, that would lead to further pivoting in the energy sector.

"Our organization focuses on technology, innovation and entrepreneurs who aspire to make the world a better place," said Walter Ulrich, CEO, Houston Technology Center. Walter O’Brien speaks to this by sharing his own success story in an inspirational and motivational way--leaving everyone with something to think about. We are privileged that he joined us at today's Innovation Conference & Showcase."

Of the event, O’Brien said, “It was my pleasure to deliver the keynote to the people of Houston. The energy, culture, and character of this great city power the world forward. The Houston Technology Center puts on a world-class event.”

O’Brien has come off a year of multiple awards and business launches, including a recent nomination from the City of Los Angeles mayor’s office for Irishman of the Year. He was also honored by the mayor of Kilkenny, Ireland. Earlier this year, O’Brien spun off Scorpion Studios to advise major motion pictures studios on technology in film, with clients that include Columbia Pictures and its upcoming Spiderman: Venom, film. He is also the executive producer of the hit television show, Scorpion, now in its second season.

Walter O’Brien is the CEO of Scorpion Computer Services, CEO of Scorpion Studios, the founder of ConciergeUp.com, and the Executive Producer of Scorpion, the hit CBS-TV drama with over 26 million television viewers that is inspired by O'Brien's life. The U.S. Department of Homeland Security has certified Walter O'Brien as being a person of national interest to the United States and granted him an Extraordinary Ability EB 1-1 Visa. He has worked with the U.S. Department of Homeland Security, plus Navy and Air Force systems to employ his artificial intelligence systems to protect American military personnel. In addition, he has worked with multiple Fortune 500 companies including the world's largest mutual fund, Fujitsu, Trados, Oracle Corporation, Baltimore Technologies, and Critical Path. O'Brien serves as chairman or board member for Strike Force Solutions, Talentorum Alliance, and Lawloop.

O'Brien regularly donates his time and talent to helping charities and the community in general to encourage new generations to celebrate intelligence.