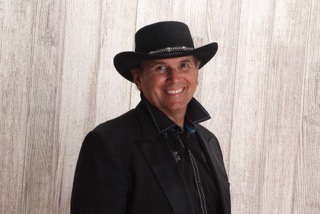 11/30/2015 (PRESS RELEASE JET) -- MTS Management Group and Shine On Records are happy to announce the label's third single release, "My Still Small Voice," by Tony Watson. The new single from the award-nominated artist will be released on November 29, 2015. The inspirational "homeless awareness" track will be available on itunes, amazon and other major music retailers, in more than 100 countries, worldwide, including territories in Asia and Australia. Watson is a three-time Artist Music Guild Award nominee and a member of both the Country Music Association and the Inspirational Country Music Association.

Shine On Records President, Laura Patterson says, ""My Still Small Voice" is a special song, written by Tony, as a way to bring public attention to the plight of the homeless in America. Shine On Records is proud to be releasing this song on Nov 29th, worldwide."

Tony Watson, a multi-talented singer/songwriter, is an accomplished musician, playing a variety of instruments, from string to percussion. This West Virginia native honed his country style while performing nationally and internationally with both symphonies and rock/country bands. The wide appeal of his heartfelt music, evidenced by his growing reputation as a composer of original music and lyrics, has earned Tony international artist ranking and a global audience. For more information on Tony Watson, visit http://www.shineonrecords.com/artists.