Re-Discover Your Sense Of Wonderment This Winter with Ice Castles 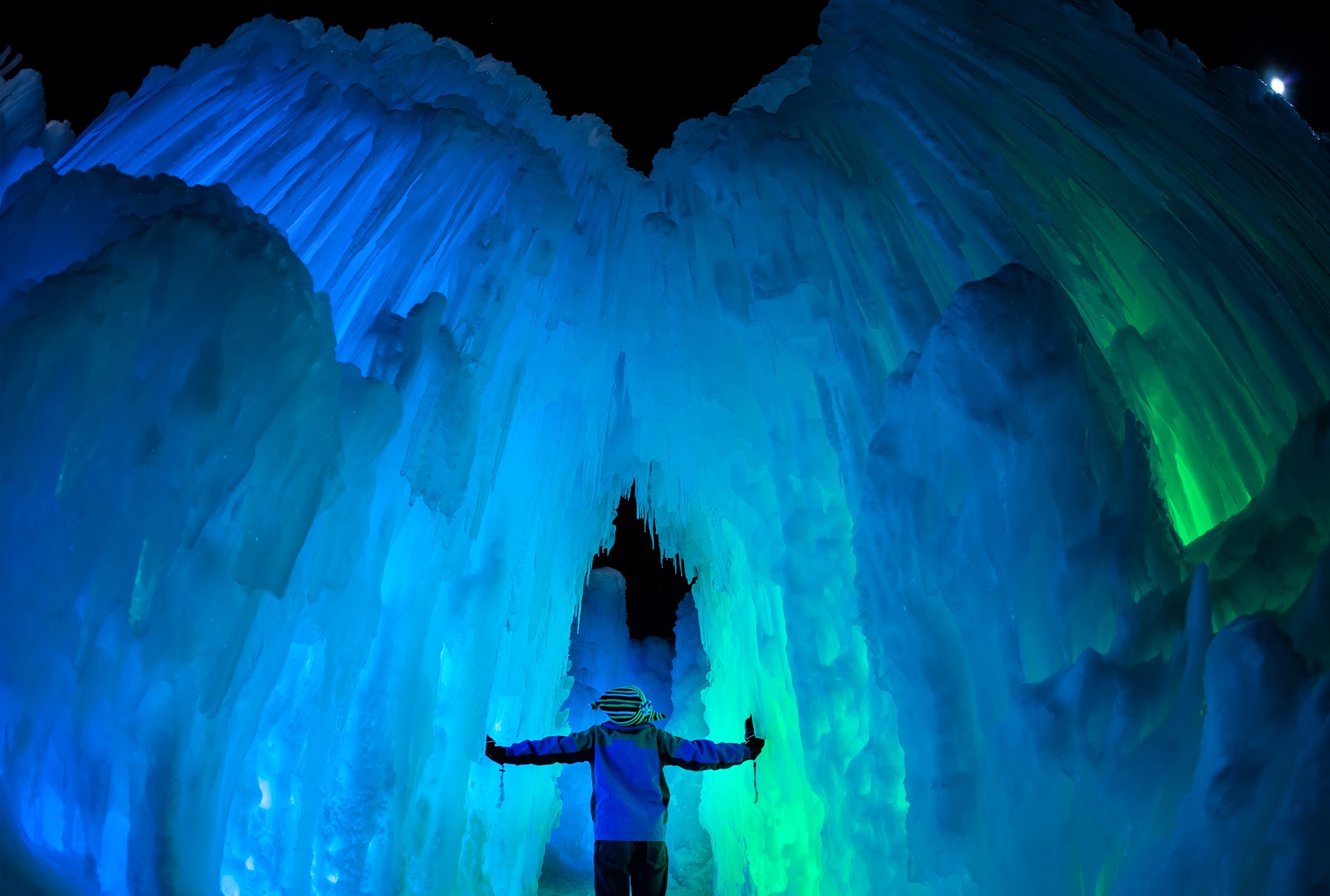 Imagination, engineering & a little bit of man-made magic are the order of the day at this unique artistic winter event.

1/15/2016 (PRESS RELEASE JET) --  A cold and dreary Winter is the perfect time to indulge your imagination and there is no better place to do that than a magical, mystical castle sculpted /entirely of ice and light. While this may sound like something straight out of a Nordic fairytale, Ice Castles, LLC is a Utah based entertainment company that has managed to turn /these childlike fantasies into reality. Using nothing but a little bit of science, a LOT of water and some good, old fashioned creativity – Ice Castles has been bringing joy and inspiration to kids of all ages across the nation since  Brent Christensen built the first large scale, awe-inspiring structure was at Midway’s Zermatt Resort back in 2009.

The idea for Ice Castles came into being when Brent Christensen moved his young family from California to Utah in 2008. Thrilled by the newfound cold weather conditions (and maybe a little bit of cabin fever), Brent tried to construct an elaborate ice rink for his kids in the back yard. This first-time ice rink was supported by a wood frame and came complete with a 20 foot slide, an ice cave, and a frosty tower reaching 20 feet into Utah’s rocky mountain sky. His children affectionately called it the “Ice Castle.” After cleaning up the splintering icy debris, Brent spent the summer thinking of ways to make to make a castle entirely of ice.

"During that process, I almost accidentally started thinking about icicles," he said. "At first it was just for cosmetics. I thought, 'This will look really cool.' And then, with time, I stumbled on the idea of crisscrossing the icicles, and that's when I found ... you can actually grow them in certain ways."

The method he came up with is now patented.  Eventually, Brent approached ski areas about building larger structures that could serve as temporary art installations and tourist attractions. Almost 6 years later, Ice Castles have seen hundreds of thousands of guests and have been built in several seasonal locations across the United States, and this year – they have opened their first castle in the Great White North.

When asked what to expect from Ice Castles in the coming year, CEO Ryan Davis talked about the ever changing nature of these feats of imagination and engineering.

“Ice Castles really are one of the most unique and beautiful places on earth,” said Davis. “Our employees say it’s the most inspiring job they’ve ever had because what we do brings so many different kinds of people together, from 9 year olds to 90 year olds. Every visitor gets a distinctive experience since the ice is constantly melting, freezing and being reshaped. It’s amazing. It’s a continuously evolving experience that Nature willing, gets a little bigger every year. ”