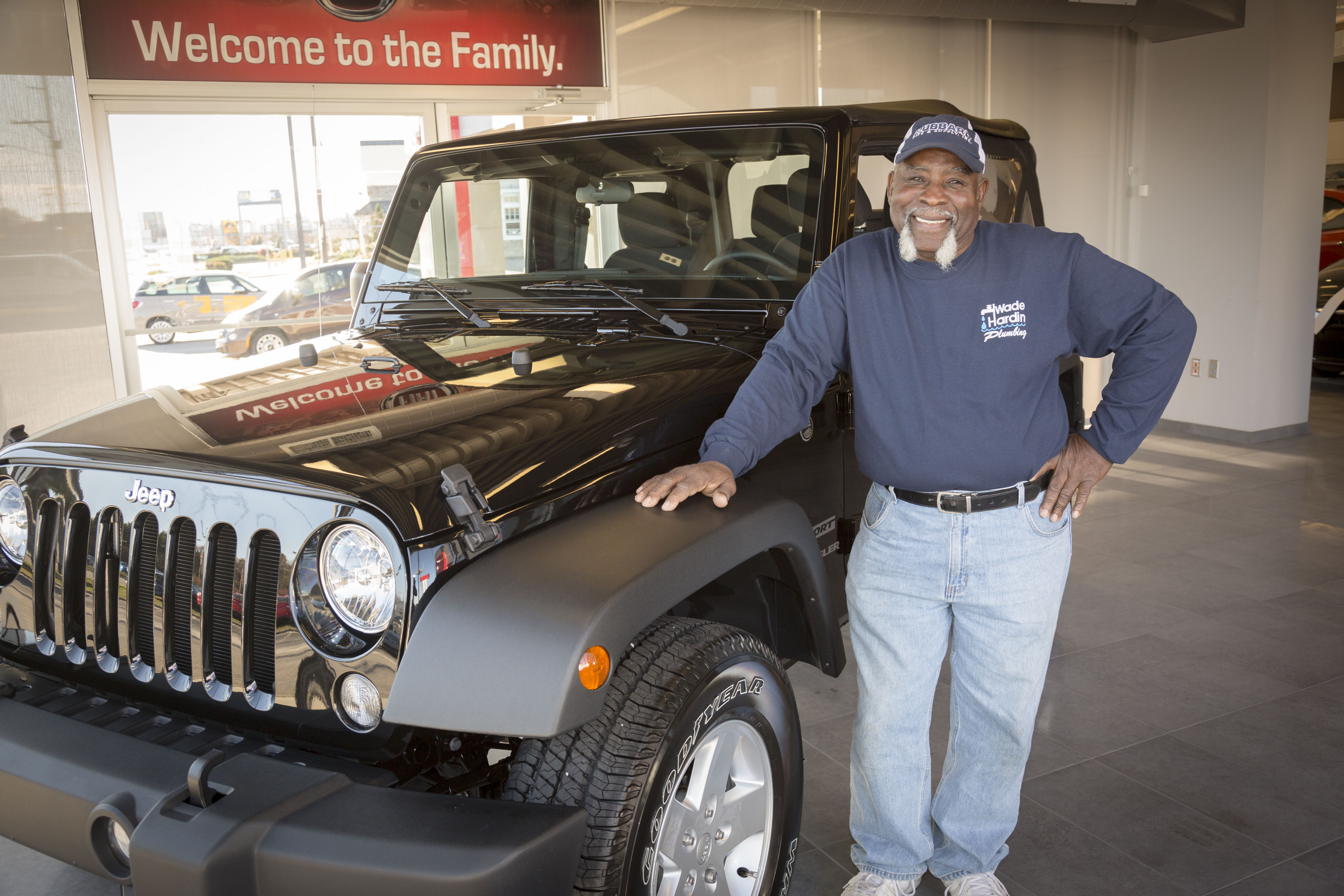 "I could hardly keep my feet on the ground because I was so excited when I found out," says Blue, a resident of Fayetteville, N.C. "I've installed Mansfield Plumbing products all my life and have them in my own home. To win this grand prize is simply phenomenal."

Blue was entered in the sweepstakes by his plumbing wholesaler, Hubbard Pipe and Supply, during the summer promotion. For every Summit toilet he purchased for his customers, he was entered for a chance to win.

"Our company buys quite a few toilets each week, with the majority of them being Mansfield products," says Blue. "Even though we purchase their products consistently I never dreamed I'd win this incredible prize."

After working for 32 years at Wade Hardin Plumbing, the team there says the prize couldn't have been awarded to a more deserving employee. "James has an incredible work ethic," says Wade Hardin, owner of Wade Hardin Plumbing in Fayetteville, N.C. "He's an asset to our team and we're thrilled he's receiving the Jeep. Even the morning he got the Jeep, he kept looking at his watch because he didn't want to be late to an afternoon plumbing job!

"James is the kind of guy who is mentoring our younger employees while tackling his own job responsibilities.  He and his wife Bernice are terrific people and we couldn't be happier for them."

Mansfield Plumbing sponsored the Ultimate Summit Sweepstakes from June 1 - September 30, 2015 for licensed plumbers and contractors purchasing Summit toilets through their local wholesalers. In addition to the grand prize of the Jeep Wrangler, there were five Weber Genesis Gas Grills, 10 prizes of $100 gift certificates to Texas Roadhouse and 50 prizes of folding buck knives awarded.

In a concurrent promotion, wholesale distributors of Summit toilets were able to participate in a Scratch n' Win promotion during the summer months, receiving a game card for every Summit toilet ordered from Mansfield Plumbing.  Hundreds of prizes were awarded, with cash totaling more than $20,000.

The $5,000 grand prize Scratch n' Win card was won by the team at R.A. Townsend Company in Alpena, Michigan.

"Our purchasing manager, Daryl Kauffman, says he nearly passed out when he scratched off the three matching $5,000 amounts," says Therese Muszynski, co-owner of R.A. Townsend Company. "We're all very excited and plan to share the $5,000 with all of our employees."

Muszynski relates that the third-generation family-owned company has been in business for 90 years and has sold Mansfield products for more than 30 years. "We sell many toilets each year," says Muszynski. "The consistent quality and reliability of Mansfield toilets keeps us coming back to them."

More than 90 percent of the millions of sanitaryware pieces made each year by Mansfield Plumbing are constructed in the United States. Because the products are made in America, the company offers shorter lead times and higher fill rates than any other vitreous china manufacturer.

Mansfield Plumbing precision manufactures millions of pieces of sanitaryware and bathware each year at its facilities in Perrysville and Big Prairie, Ohio and in Henderson, Texas. Founded in 1929, Mansfield Plumbing, which is owned by Corona, is a leading producer of top-quality, high-design, performance plumbing fixtures and fittings for use in residential, commercial and institutional markets. For more information, visit www.mansfieldplumbing.com or call 877-850-3060