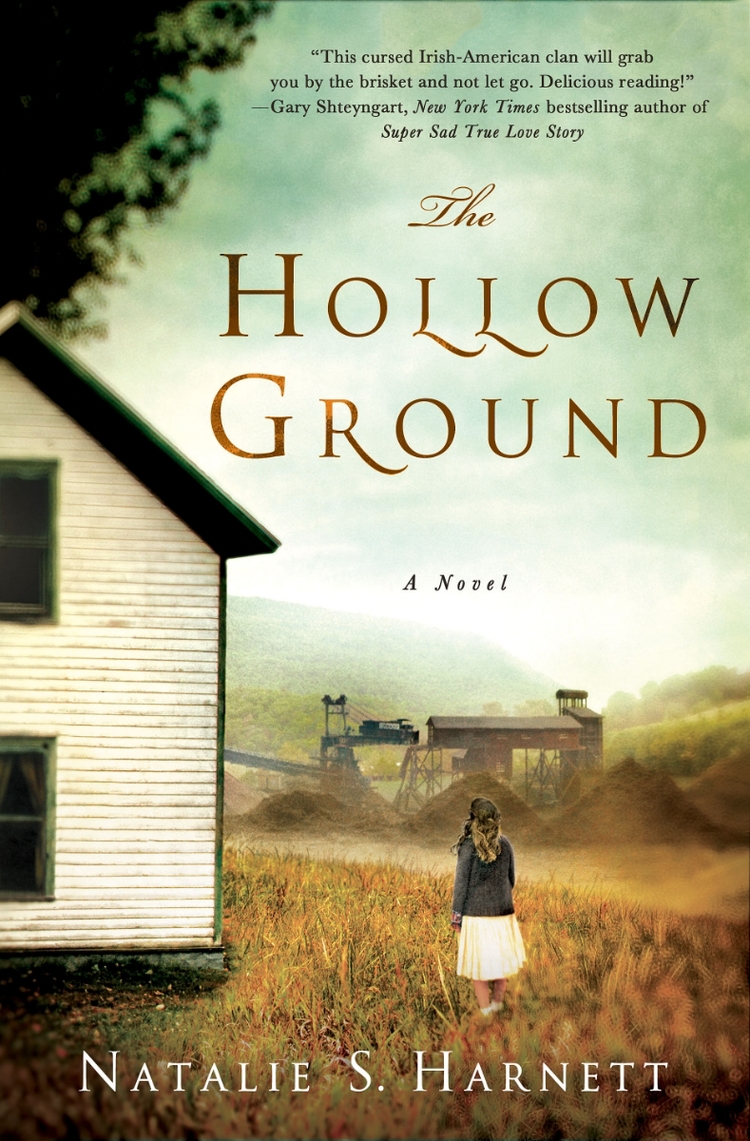 EAST MEADOW, NY - 11/25/2015 (PRESS RELEASE JET) -- Inspired by the real-life deadly coal mine fires in now-infamous Centralia, Pennsylvania, and the equally devastated town of Carbondale, THE HOLLOW GROUND (Thomas Dunne Books, ISBN: 1-250-06775-3) by Natalie S. Harnett has been longlisted for the International Dublin Literary Award. The debut novel, also the winner of the 2015 John Gardner Fiction Award and The Appalachian Book of Year Award, is currently on-sale for Nook and Kindle readers this holiday season at $5.99. Compared to A Tree Grows in Brooklyn and To Kill a Mockingbird, THE HOLLOW GROUND is an evocative story about family and the nature of love between a parent and child introduces a stunning and powerful new voice in literary fiction. Readers can preview an excerpt of the book on Harnett's site.

About THE HOLLOW GROUND

It’s 1961, and underground mine fires continue to ravage the small Pennsylvania coal town of Centrereach, where eleven-year-old Brigid Howley and her family live with her great-uncle’s wife, Auntie. Brigid’s father, Adrian, has been out of work ever since being injured in a mining disaster that also killed his brother, Frank. The family attributes the tragedy to the “curse” laid upon this proud Irish-American clan generations earlier by a priest who ran afoul of the Molly Maguires, a secret society of Irish coal miners. Although the family takes a strange pleasure in the curse because they believe it’s made them stronger, Auntie confides in Brigid that she believes the curse didn’t come from an outside source, but from within their own hearts.

When the fires cause their backyard to collapse, killing Auntie, the family is forced to seek refuge with Brigid’s estranged grandparents, the formidable Gram and the Black Lung stricken Gramp. Living with her mother-in-law is the last thing Brigid’s mother, Dolores, wants to do as she still holds a grudge against the woman for breaking a promise years ago. And Adrian must once again confront the fact that Frank was his parents’ favored son. As the mine fires continue to rumble under their feet, long held bitterness and hurt begin to erupt. While trying to keep peace within the family, Brigid finds a kindred spirit in new friend Marisol who introduces her to a happy distraction, the world of teenage boys. When Brigid and Marisol accompany the boys to a long abandoned bootleg mine shaft, Brigid makes a terrifying  discovery that will prove more dangerous than anything the curse has produced so far.

Harnett is an MFA graduate of Columbia University. Her writing has appeared in the Chicago Quarterly Review, The New York Times, The Madison Review, The MacGuffin and the Irish Echo. She has been awarded the John Gardner Fiction Book Award, an Edward Albee Fellowship, a Summer Literary Seminars Fellowship, and a Vermont Studio Center Writer's Grant. She was a finalist for the Mary McCarthy Prize, the Mid-List Press First Series Award for the Novel, the Glimmer Train Short Story Award for New Writers, and The Ray Bradbury Short Story Fellowship. She spent most of her childhood vacations visiting her grandfather’s home in the Wayne County area of Pennsylvania, where she became familiar with the nearby city of Carbondale. She lives on Long Island and Northeastern PA with her husband and child. THE HOLLOW GROUND is available in hardcover, paperback, eBook, and audiobook. Learn more at natalieharnett.com.