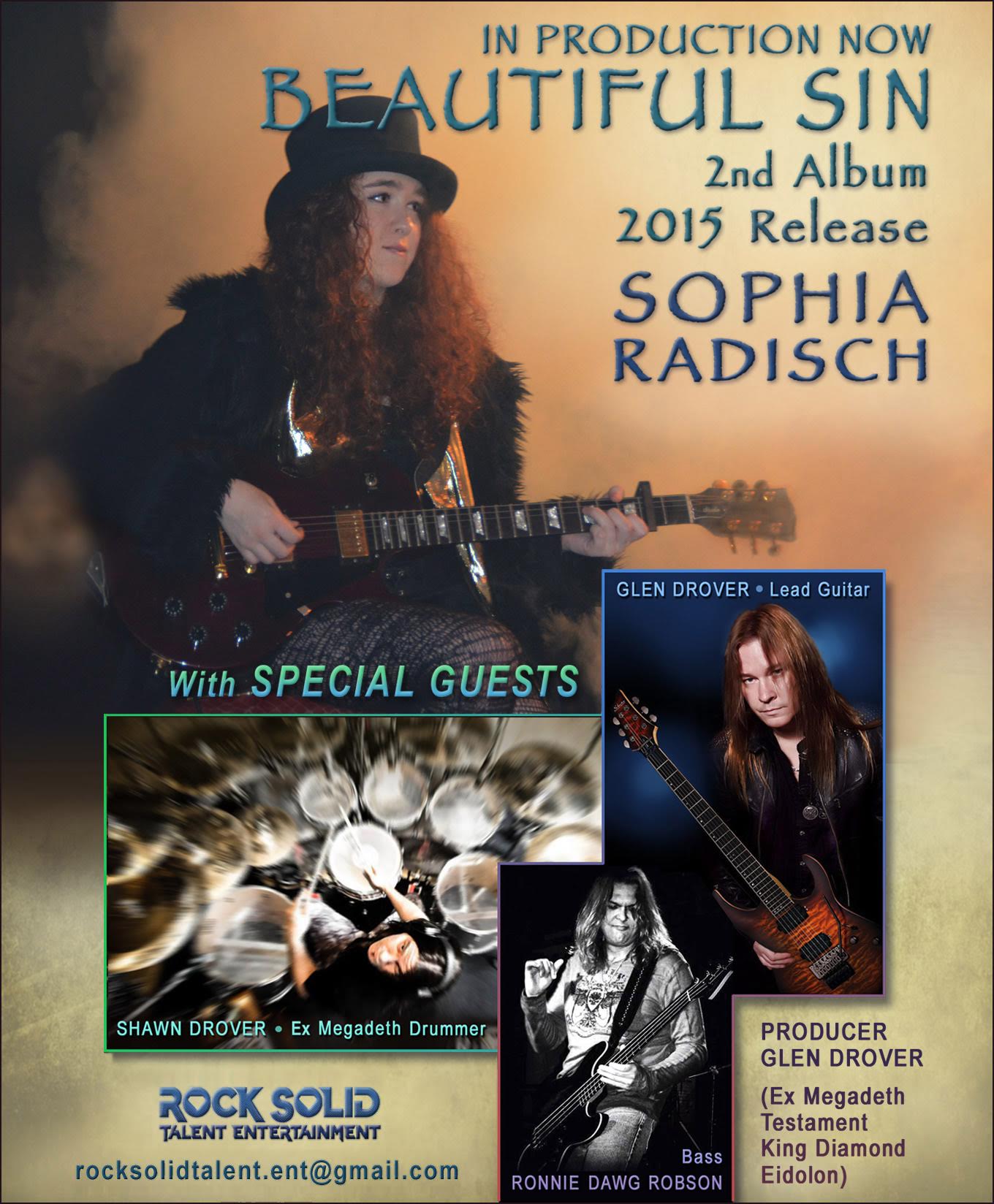 10/27/2015 (PRESS RELEASE JET) -- Rock Solid Talent Entertainment, LTD, in association with Star 1 Entertainment/Star 1 Records, is happy to announce the release of Canadian teen rock singer/songwriter Sophia Radisch's "Hot Blooded" single and video.  The music video will be released on VEVO on October 28, 2015.  The single will be available on itunes, amazon, and all major music retailers in more than 100 countries, on November 24th.

The "Hot Blooded" music video is directed, filmed and edited by Derek Price, Of Say Ten Productions Broadcasting & Media Production Arts & Entertainment; with B footage shot by Caelan Benn.  Filmed in Sophia Radisch's hometown of Ottawa, Ontario Canada, Sophia can also claim the role of Producer of her music video.  She says, "It was a thrilling experience to work on the production of my music video, "Hot Blooded!" The video shoot was filmed in my hometown of Ottawa, Ontario  Canada, which is an honour that I am thankful for. The highlight of the shoot was the motorcycle scene! Now I'm hooked on bikes!!!"

"Sophia is a very talented young artist with a style of her own," says Star 1's Laura Patterson. "Her songs have universal appeal and are delivered with a distinctive edge. Star 1 is proud to be Sophia's promotional partner, making her music and video accessible worldwide."

Sophia Radisch burst on the music scene at age 13. She has composed over 130 songs to date, including 3 professional song-writing collaborations with Music Hall of Fame Songwriter, Publisher, Music Journalist, and Producer Larry Wayne Clark. The singer/songwriter/musician/actress' original compositions have been used in several films, as part of film scores, including a feature film, Thirteen Downs, in which she was cast as lead. Sophia's originals continue to be requested for use in film, TV & commercials, and her music has been shared on internet radio and radio airwaves in many countries including Canada, the USA, and the UK. For more information, visit http://star1ent.com/sophia-radisch.

Sophia Radisch is Co-Owner & Co-Founder of Rock Solid Talent Entertainment, LTD, which, both represents Sophia and serves as her record label.

For more information about Star 1 Records, visit their website at http://star1records.com.