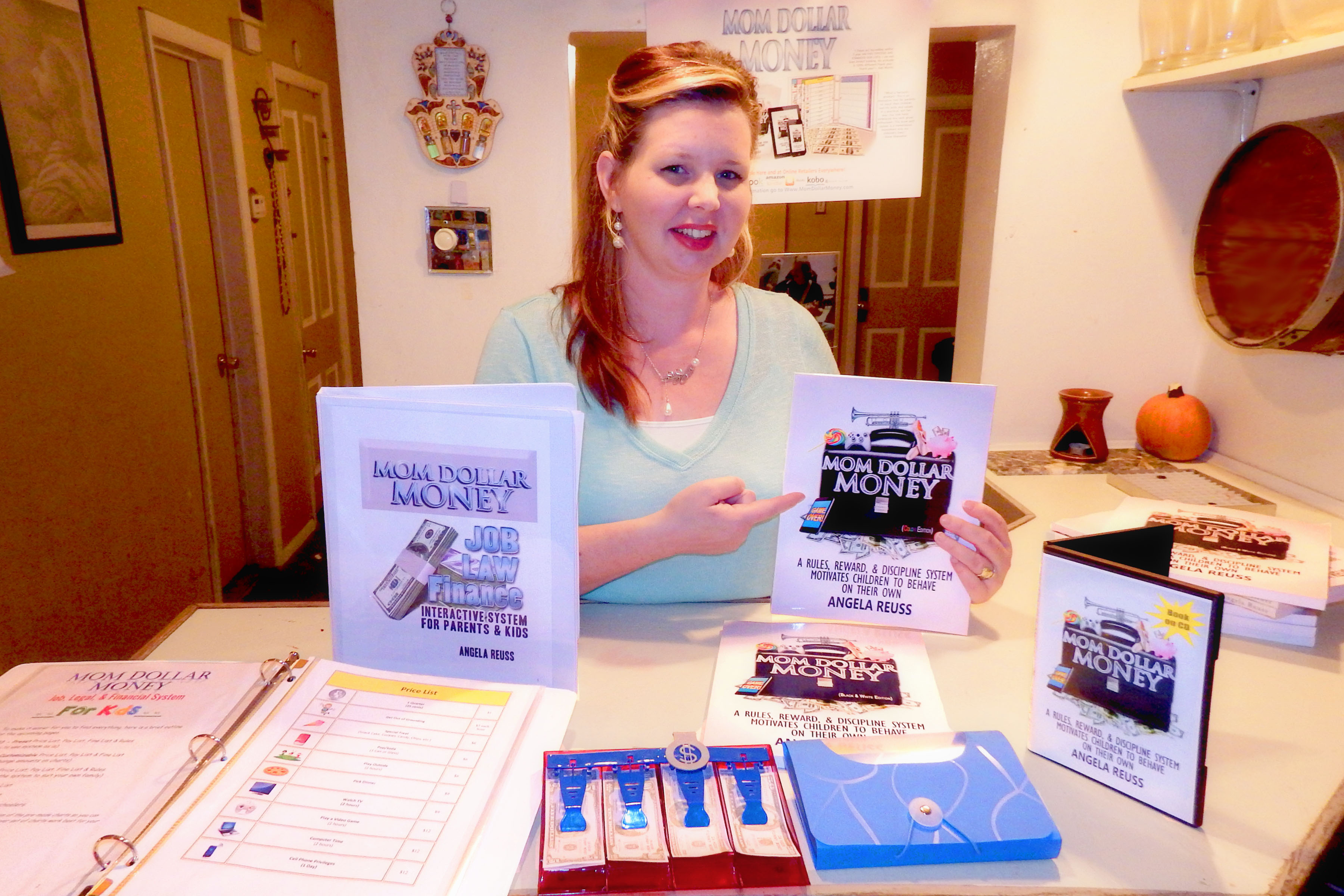 CINCINNATI, OH - 12/21/2015 (PRESS RELEASE JET) -- With the holidays almost here, many parents have been going overboard for their children. According to a Today Show article in 2011, “60% of moms admitted that their own children are spoiled.” Some moms say they are even proud of spoiling their children, but experts stated that it’s really not the best thing to do. Pulling from her own experiences as a single mom, author Angela Reuss unwraps how parents can un-spoil their children in her debut book Mom Dollar Money.

Angela affirms that overindulgence is one of the many reasons children have difficulties when they reach adulthood. A recent Wall Street Journal article titled “More Young Adults Live with their Parents Now, than During the Recession”, states:

“Despite the raise in the economy, the percentage of 18-34 year olds moving in with their parents is still climbing.”

According to economist Jed Kolko, in his article “Why Millennials Still Live With their Parents”, the reason for this climb may be due to the economic shift. With rents rising and college debt, children are staying home to finish college and waiting until they are financially prepared to move out.

While that is the case for some, other adult children are mooching off their parents. Paul Harvey, a professor at the University of New Hampshire, shares his studies on what he refers to as Generation Y (those born between the 1980s and 90s who are now in their 20s or 30s.). In his studies, participants from Generation Y scored 25 percent higher for entitlement than those ages 40 to 60, and a massive 50 percent higher than those over 61.

Dr. Phil addresses adult child moochers and their parents on his website, stating,

“[There is a] difference between helping your children and setting them up to expect less of themselves”.

“Entitlement issues stem from when parents are not teaching children responsibility and accountability at a young age. While some parents may mean well, they are doing more harm than good. If a parent doesn’t start teaching their child accountability during the early childhood years, it can carry over into adulthood with friends, spouse, employer, etc. No one likes a spoiled child, but a spoiled adult can be even worse.”

Angela's book "Mom Dollar Money" includes a kit that parents use with their children. The author’s children were all involved with creating the kit to make it cater to parents and children.

“There is a psychological aspect of the kit that triggers children to take action on their own.” she concluded.

According to reviews from Amazon, parents across the globe have already found the system to be an effective discipline and teaching tool that children actually like, with one parent saying:
“This is an innovative tool for parents to teach their children real-life skills and values in a practical, but fun way. Our kids have embraced this with great enthusiasm thus far.”

“THIS HAS CHANGED OUR LIVES. I am not even kind of kidding. [My 7 year old son’s] attitude is 100% different.”

Angela Reuss is now taking steps toward working with non-profit organizations to give large discounts and free copies of this system to organizations that help low income families who struggle with disciplinary issues in their children.

More information about the Mom Dollar Money book and system can be found at MomDollarMoney.com.