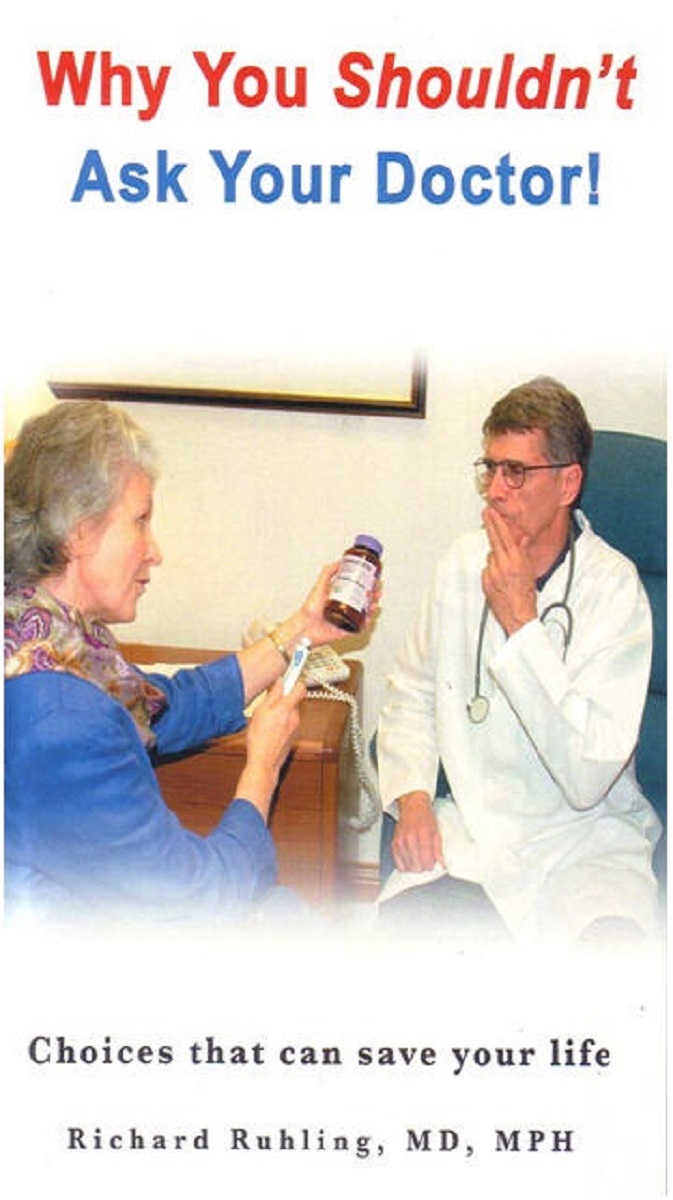 Most quotes on this topic are based on data 20 years old when 106,000 deaths were reported in hospitals from Adverse Drug Reactions defined as “properly prescribed and administered,” which means it was not from MD or RN error. It's shocking to consider, but thousands are made sick daily, says Dr. Richard Ruhling who was board-certified in internal medicine before teaching Health Science at Loma Linda University.​

PRESCOTT, AZ - 12/11/2015 (PRESS RELEASE JET) -- The Dean of LLU's School of Public Health was Mervyn Hardinge. He had a PhD degree in pharmacology and previously chaired the pharmacology department. He shared with Ruhling a statement from Drill's Pharmacology in Medicine which said, “Every drug is by definition a poison. Pharmacology and toxicology are one, and the art of medicine is to use these poisons beneficially.”

Pharmacology evolved from toxicology that studied how much of a chemical would kill half the animals. The science has been refined, but the direction has not changed, says Ruhling. He admits we may die pain-free, but says the more medicine we take, the sooner we will probably die. He cites the Father of Medicine, Hippocrates, who said, Nature cures...let your food be your medicine.

But it's cumbersome to see dozens of patients a day and try to find out what they eat or don't eat and MD's really aren't trained in that area. So medicine offers the ability to see people quickly with symptomatic help that they are looking for and the whole “healthcare” system (falsely so-called) profits from the way it's done.

But the 106,000 deaths reported in the Journal of AMA, 4-15-1998 are just the tip of the iceberg. Two years later, the Western Journal of Medicine reported 199,000 deaths as outpatients. Combining this with the prior study in hospitals, it makes 305,000 deaths per year reported 15 years ago.

Ruhling says he moved to Maryland and was visiting US Senate offices with medical literature showing this info when a senator said, You are wasting your time—they own us! (speaking of pharmaceutical donations to their re-election campaigns). Ruhling believes Congress is sold out and the system is broken.

This brings him to a biblical message that Babylon is fallen. The word derives from Babel which means confusion. The message in the 18th chapter of Revelation says, Be not partakers of her sins that you receive not of her plagues and it ends reminding us that “all nations” are deceived by her sorcery (pharmakeia is the Greek word). All nations admire western medicine, but nations that use it are on the bring of bankruptcy, says Ruhling who shares this message as a warning that we should beg out of Obamacare that was largely written by the pharmaceutical people for their profits. Carson's right—“it's the worst thing since slavery.”

We might ask, How can we get out? Ruhling says we should “tune in to our bodies.” When he was doing Executive Health, he had an executive tell him the sugar bothered his joints. Another man said cheese made his joints ache. A third said that meat gave him arthritis. These were smart men who had figured it out.

Ruhling admits it's not easy. He couldn't figure out the cause of his headaches and he asked a neurologist who taught medicine students at LLU and said that food would be “a very rare cause” of his headaches. Ruhling later learned otherwise from an allergist that he later practiced with.

If we become allergic to a food, maybe because we like and abuse it, it can act like nicotine in the sense that people don't get sick when they smoke—they get sick when they don't smoke—on withdrawal. That's how Ruhling's headaches were. He loved whole wheat sandwiches and took two to work Monday-Friday, but on the weekend he ate other things and Monday mornings meant a headache due to a withdrawal from wheat!

Ruhling clarifies to say that most allergists do skin testing which works for inhalant allergens but is 80% unreliable for foods. People with problems might find the cause by a week's trial of brown rice and foods they rarely eat. They may get worse for 2-3 days but should have less symptoms in 5-7 days and then they can put their favorite foods back into their diet (one a day) to see when their symptoms return.

97% are born normal, but 40 or 60 years later when we have problems, Ruhling says we did it by what we put in our mouths. The good news is that we can reverse it. Taking responsibility for our own problem isn't easy, but in the long run, it's better than trusting a prescription says Ruhling, whose previous wife died of an antibiotic taken briefly for a urinary infection, when, if she had drunk more water and tried an herbal remedy, she could still be alive.

About Dr. Ruhling
The best book that Ruhling has found on natural health is offered cheap on his site at http://bit.ly/1NY3UoJ He enjoys excellent health in mid-70's. He encourages others with the possibility of better health and new foods. His ebook, Why You Shouldn't Ask Your Doctor has more on this at no charge on Sat, Dec 12 at http://amzn.to/1I22otT Kindle offers a no-charge app for reading ebooks on computers as an easy download