Trump: Monster or Hero Serious Question, Scary Answer - The Most Important Political Book to Read Before Voting in November! By a Leading Kuwait Businessman, Writer, and International Researcher Moham 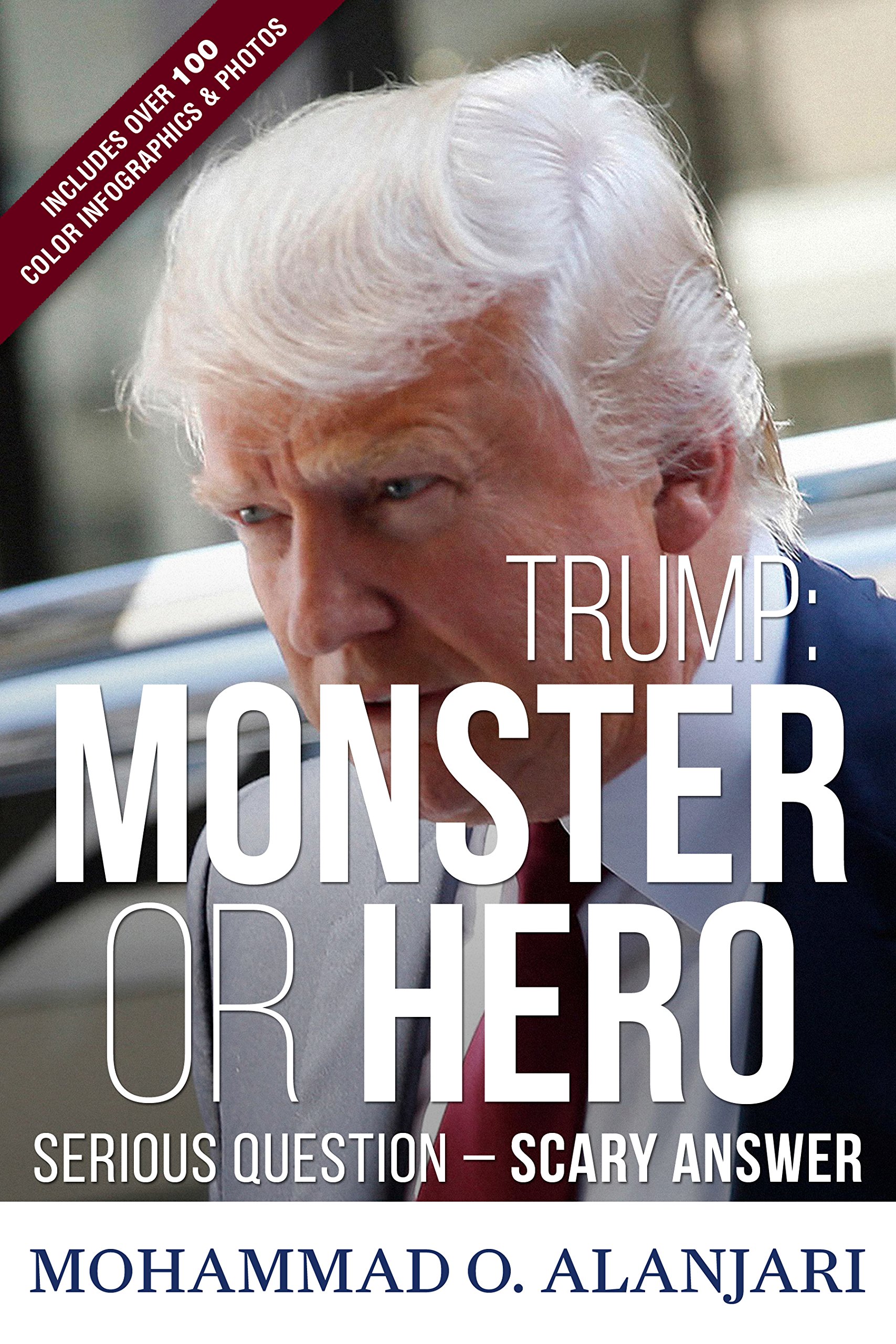 “Trump: Monster or Hero -  Serious Question, Scary Answer” is a revealing and vitally important book for America, a ray of light to aid the American voters as they enter a dark and precarious time. This is a must read before voting in November.

Published by Pin Mark Research Center it is a uniquely detailed analysis of Donald Trump and what his possible win of the Presidential election means for America. It is comprised of richly compiled facts and figures to bring to light and highlight the realities of the problems faced by the nation. This is all done in understandable terms that allow the readers to truly advance their understanding of the dangers of Donald Trump.

The book includes over 100 brilliantly conceived infographics and hand-selected images.

But why has a Kuwaiti written about Trump?

“The Kuwaiti people are completely thankful to the Americans for the liberation of their country. Just as the Kuwaitis were helped by the US and our mutual allies, in whatever way they were able to, “we too hope that the Americans accept this important advice from a Kuwaiti regarding the danger of Trump for both America and the world”, stated AlAnjari.

??Included in this book:

Examination of many of the deep underlying reasons fueling Trump's popularity and those like him around the world. The author proves that what Trump claims to be solutions, are not real solutions at all, as they don't address any of the real problems facing the nation and the world.

Well over 150 of Trump's own quotes which demonstrate and prove his arrogance.

If Trump wins it will be because of the count of the heads and not the weight of the minds of those who vote.

The spread of Trump’s disease amongst his supporters, and even to certain leaders around the world.

Trump serves the terrorists’ cause.  Although Trump may not have the same beliefs as ISIS and Al-Qaeda, he shares many aspects of their sick mindset.

America should be more afraid of some of the people supporting Trump than Trump himself.

"There are three important points related to the Republican Party officially nominating Trump as its candidate” stated AlAnjari.

First: It was clear from the beginning to the people of experience and intelligence, that Trump would be a powerfully strong contender. This is because there are many people around the world who think the same way as him and are attracted to his tone of speech. It's a danger which should have been recognized and thus stopped in its tracks before the masses were affected. Even though many people are attracted to Trump's rhetoric, it's the responsibility of the intelligent ones around the world to put a stop to the spread of this kind of disease.   I call it a Trumpian disease, regardless of who spreads it, whether in Africa, Asia, Europe, or the United States.

It was important for the Republican Party to push Trump out of the race from the beginning, but each candidate was too focused on their own benefit. The threat became clear when Trump was number two in the results of the first caucus in Iowa; he was among the top three who were far ahead of all the rest. However, each of the other candidates was self-centered, stood their own course, and didn't take action. They remained divided until it was too late, so Trump was able to both corner and conquer them. So now, this is the price they must pay today for being so disunited from the early stages of the primaries. Sometimes it's necessary to sacrifice some of one's own power or pride for the greater good.

Second: Trump's victory over his party will reflect upon America negatively and change the type of leaders who will rise to power, both within the Republican Party and beyond.

Third: The clearest quote I have come across to describe the situation, is that of George W. Bush, an intelligent man of experience:

The voters will become enlightened by the facts that Mr. AlAnjari has uncovered and it should help influence how they vote in November.

“As an American businessman and concerned voter I was astonished at the revelations I learned in this fascinating book, “Trump: Monster or Hero”.   It is one of the best books I have read to date. I urge every voter to read this book before they make their Presidential election decision,” J.Stevens

Mohammad O. AlAnjari is a successful manager of many multinational brands, based in Kuwait. He has been a published writer of many articles in various newspapers in Kuwait since 1995 until present. He is also a public speaker in Kuwait, Europe and South East Asia.  He has closely followed anything related to the USA Presidential election and the history of Trump.

Adam J. Lazarus is a consultant for the publisher, Pin Mark Research Center.

Trump: Monster or Hero, Serious Question, Scary Question is available on both

Compose your email to Karen Ammond at KBC Media Newswire.