Timothy Kolman selected as Top Labor Attorney of the Year by the International Association of Top Professionals (IAOTP). 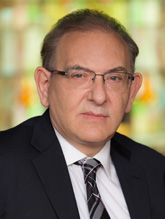 While inclusion with the International Association of Top Professionals is an honor in itself, only a few members in each discipline are chosen for this distinction. These special honorees are distinguished based on their professional accomplishments, academic achievements, leadership abilities, longevity in the field, other affiliations and contributions to their communities.  All honorees are invited to attend the IAOTP’s annual award gala at the end of this year for a night to honor their achievements. www.iaotp.com/award-gala

With over 25 years of professional experience as a practicing Labor attorney, Mr. Kolman has certainly proven himself as an accomplished professional and expert litigator who has become a household name.  Mr. Kolman has represented hundreds of clients encompassing a wide variety of employment law matters.  Mr. Kolman is constantly wowing over the public every step of the way with his career achievements and he has been very exciting to watch.  The firm’s areas of practice include Wrongful Termination, Workplace Harassment, Discrimination, Sexual Harassment, Hostile Work Environment, FMLA Medical Leave Act Law, Employment Law, & Collective Class Action.  He is also a combat veteran who knows how to challenge any opposition while genuinely caring for his clients.  The President of IAOTP, Stephanie Cirami stated “Choosing Mr. Kolman for this award was an easy decision to make.  He is talented, brilliant at what he does, humble and dedicated.  We feel he would make an amazing asset to our organization. We cannot wait to spend time with him at the gala and we know we will be seeing more amazing things from this man.”

The firm of Kolman Ely P.C was founded in 1991. They are dedicated to handling employment law cases with quality, sophistication and close attention to detail.  They have received the 2nd Highest Verdict Award in Pennsylvania in 2013 and have pioneered numerous changes in the law with over 200 cases reported in various law books.

Throughout his illustrious career, Mr. Kolman has been active in his community and recognized worldwide for his outstanding leadership and commitment to the legal profession. He has received many awards, accolades’ and has been featured in numerous publications and magazines.  For 2018 he is being considered for having an article in TIP (Top Industry Professionals) Magazine.  For 2017, he was selected as Top Labor Attorney of the Year by the International Association of Top Professionals (IAOTP).  Mr. Kolman was recently inducted into the top 10% of employment lawyers in the United States, by ‘Lawyers of Distinction.’ Mr. Kolman is also a super lawyer with a top rating from Avvo (10 out of 10) and over 50 wonderful endorsements from his clients. He has been awarded the Lead Counsel Designation in Labor & and Employment Law from Thompson Reuters, for the second year in a row.  He is a lifetime member of the Million-Dollar and Multi-Million-Dollar Forum, in which membership is restricted to only those attorneys who have won million or multi-million dollar verdicts or settlements for their respective clients. He was recently selected by Who’s Who worldwide as a top lawyer.

Looking back, Mr. Kolman attributes his success to his experience, mentors he has had along the way and staying true to his passion for the law and fighting for what is right.  Mr. Kolman says he has been blessed, he loves doing what he is doing, and feels this is just the beginning.  For the future, Mr. Kolman will continue to work hard, continue to seek justice and make a difference in people’s lives anyway that he can.