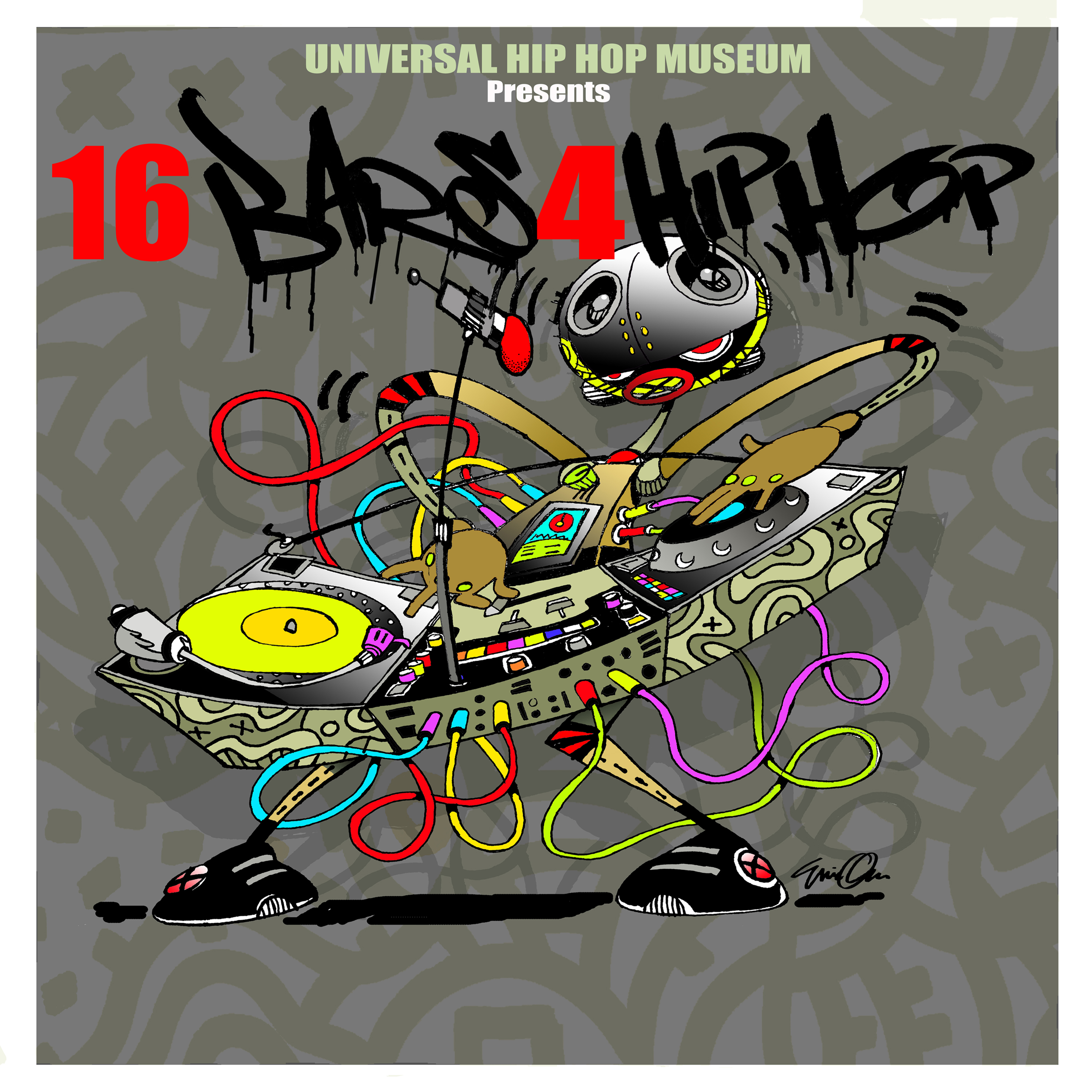 The 16 Bars 4 Hip Hop is a unique compilation of Hip Hop icons and emerging stars from near and far, who have joined together in one of the most exciting recording projects to benefit the development of museum for Hip Hop.Each artist on the 26 song recording have each donated an original song to support the Hip Hop’s most important undertaking, which is to build a 21st century museum devoted to the five elements of Hip Hop culture. In October, New York’s city council approved the Bronx Point development plan, which includes a permanent home for the Universal Hip Hop Museum.

In its 40+year history, Hip Hop has always been inclusive and has embraced diversity. Now that Hip Hop is recognized as the most popular musical genre in the word, 16 Bars 4 Hip Hop shines bright with carefully curated recording that show’s Hip Hop’s global diversity.This album is Hip Hop reborn!

The 16 Bars 4 Hip Hop compilation is a call to mobilize the global community to support creative independence to raise funds that will go directly to the construction of Hip Hop’s future home in the Boogie Down Bronx. The Universal Hip Hop Museum is scheduled to open at the Bronx Point in 2022. For information about the album use the hashtag #16Bars4HipHop.16 Bars 4 Hip Hop is now available at CD Baby and 700 online music services including iTunes, Spotify, Tidal and Amazon. Visit uhhm.org for further information about the Universal Hip Hop Museum.

Run Up On Em by SIRE (England)

I Miss U by JiJi (South Africa)

The Jungle by Big Meal

That’s Me by Mkay and Scholar

Stay Off The Water by SIRE

When We Love by MexiCan featuring Lydia Molise (South Africa)

My Sweetest Sin by Irene Diaz

I Want You by FatBoy Belly

We Talkin Bout The Ghetto by Kilometro 969 (Cuba)

With special thanks to members of the production team Reggie Peters, Chip Fu,