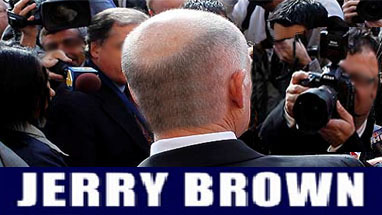 The Grand Jury complaint identifies CVS Health, a special interest group, with strong ties to Governor Jerry Brown and one of his major campaign supporters. CVS recently opened 3,500 retail clinics inside of their pharmacy stores all over California and in other states. CVS has bolstered that they plan on taking over the “community” clinic market shares in this country. This is where the Grand Jury complaint for corruption begins…

CVS admitted in a Superior Court document that they have a “background partnership” with unknown Federal and State government officials. The document goes on to say that CVS is tapping into government resources to identify “bad” doctors and then pointing them out to their government “partners” to investigate these doctors; this includes tapping into the Controlled Substance Utilization Review System (CURES), not to identify patients, but to identify doctors.

California Law, pursuant to 11165.1 – CVS access to CURES should be denied because CVS had their DEA registration revoked and they were charged with criminal violations stemming from the Florida “pill mill” epidemic where people came from all over the U.S. to buy prescription drugs from their stores. Brown is accused of allowing CVS to utilize the CURES and California government agencies like the DEA to target and falsely investigate doctors; in order for CVS to accomplish their hideous and unlawful agenda of taking over the patients

Here is a short list of what CVS, with the help of our federal and state government is telling patients all over the country: Your doctor is under DEA investigation, FBI investigation, Police investigation, he is unlicensed, and a murderer, no good, and he should be in jail. The Grand Jury has been requested to investigate this because CVS has access to all of these agencies, including Governor Brown, and they have partnered with them to provide unlawful investigations designed to target the doctor with false and fabricated evidence, stripping them of their due process rights and stealing their patients in the long run. This is widespread corruption.

Compose your email to Billy Earley at Reporting Corruption.