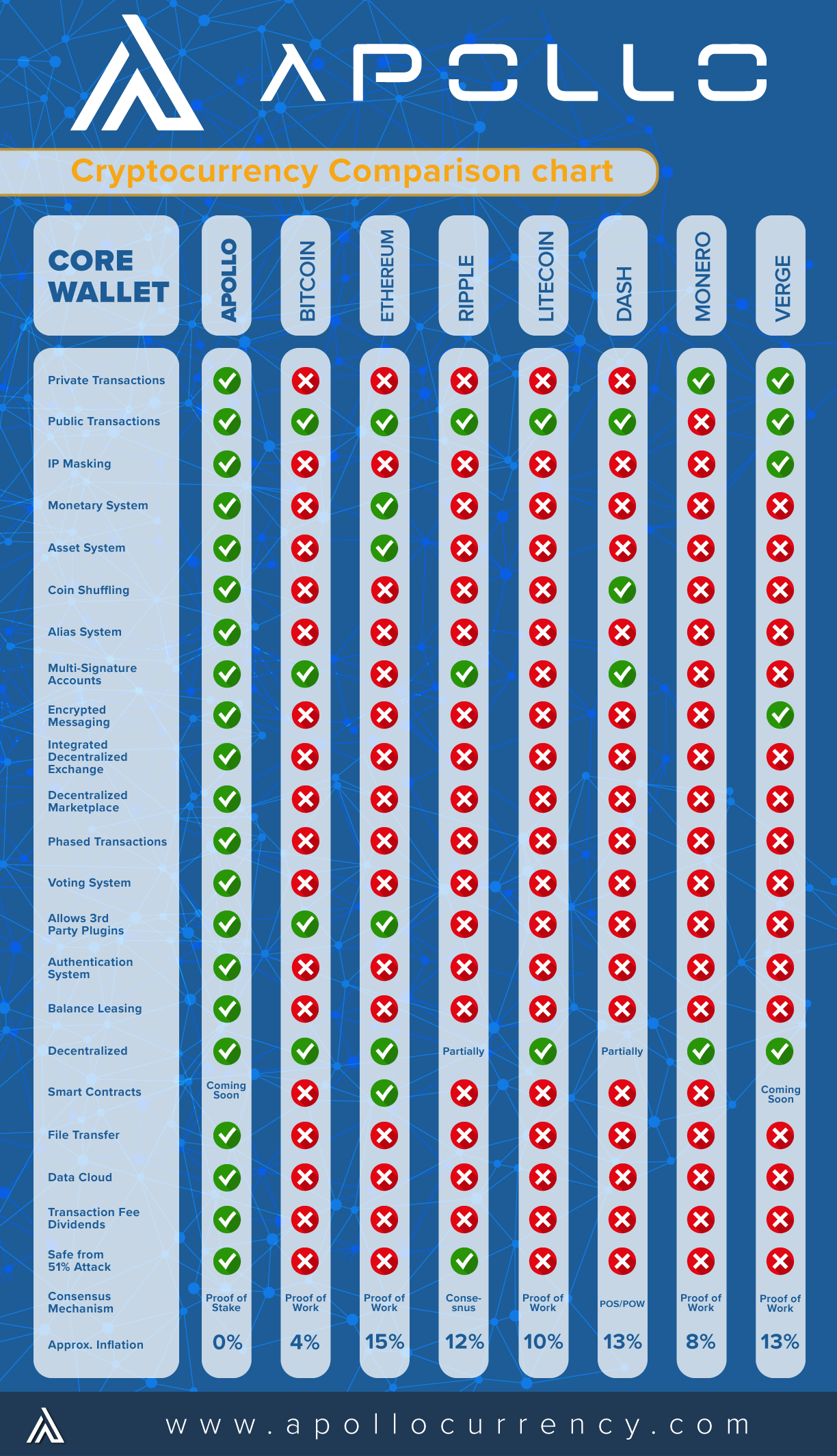 The Apollo Foundation has launched the first all-in-one cryptocurrency focused on integrating every useful feature from mainstream cryptocurrencies and combining those with unmatched privacy. After only a few months on the market, Apollo has become the most feature-rich cryptocurrency available and will soon release its second major update, Hermes 1.0, making it one of the fastest cryptocurrencies available.

Although there are privacy coins available on the current market, few have been able to create a truly invisible experience. The privacy coins that have delivered some form of privacy have critical issues, such as the user's IP address (physical location) being exposed or no option for a public transaction (critical for mass adoption). These coins are also left with no additional features, such as side chains (token systems), voting, messaging, marketplaces, etc. Certainly not enough to compete with mainstream currencies, such as Ethereum or Ripple. Apollo seeks to change this by creating the ultimate privacy currency, developing features which could make the platform theoretically un-regulatable and untraceable, all while providing nearly every mainstream feature offered by the top cryptocurrencies.

The Apollo Foundation has put an emphasis on mass adoption ready privacy as Apollo's core. This is because the Apollo Foundation knows the ability for a user to buy, sell, trade and send in absolute secrecy is vital in an industry that could be moments away from intense regulation.

For questions and media access to the Apollo testnet, email: pr@apollocurrency.com

Compose your email to Steve McCullah at Apollo Foundation.