Thanks to Tech-Savvy Parent, Sycamore Education Meets the Amazon Echo 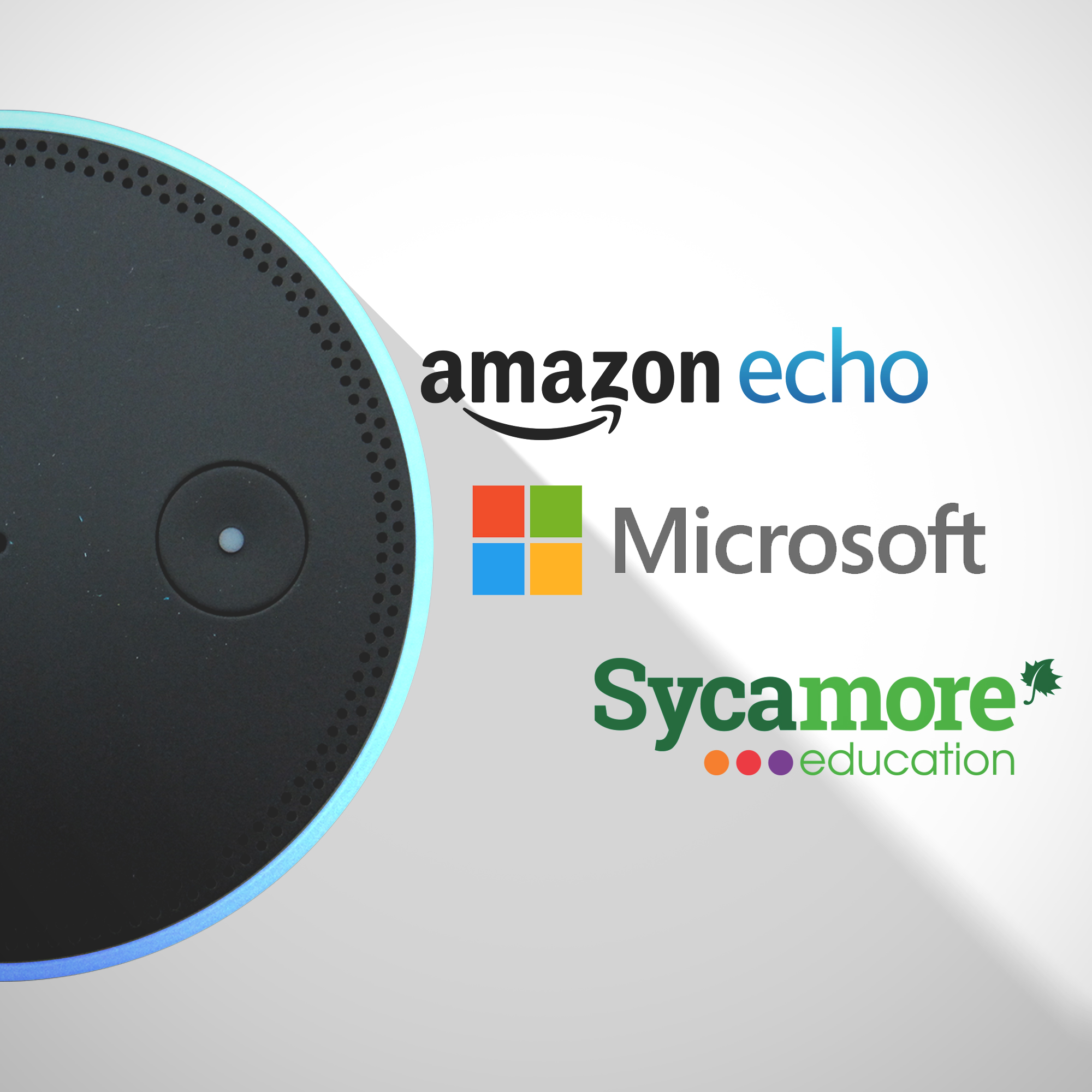 When Sycamore Education’s public application program interface (API) was released, the possibilities opened up that would allow third-party developers to access data stored within Sycamore in a safe and secure manner. Most recently, a parent at Shakopee Area Catholic School in Shakopee, Minnesota has increased those possibilities even further to assist him and his family.

Todd Kitta, an architect with the Microsoft Technology Center, created quite the social media buzz when he shared a YouTube video of receiving Sycamore information from his Amazon Echo.

By leveraging the Echo, Microsoft Azure, the Microsoft Bot Framework, and Sycamore Education’s API, Kitta was able to pull data from Sycamore’s K-12 system, Sycamore School, to be read aloud by “Alexa.” As a result, Kitta could find out the grades in his children’s classes in a matter of seconds, with just a simple voice command.

“I wanted to make it easy for all of us to check the status of grades in each class, as well as check for missing assignments.” Kitta continued, “Simply being able to ask Alexa about the current state for each kid is super helpful, and will likely make it more often that each of us check these items.”

The inspiration for this project came from a surprising source: the kitchen table. A common occurrence in the Kitta household was that dinner unknowingly would be the same thing the children had for lunch at school that day.

“I wanted to make it easy for my wife and the kids to find out what was on the [school] menu without having to dig out a phone or paper calendar,” Kitta said.

Kitta’s tech-savvy nature was also a motivating influence on the project, as he wanted to test the development experience of the Echo. He found the development of the Echo, combined with the integration with Sycamore’s API, to be quite beneficial.

“I was skeptical that an API would be available, but I was pleasantly surprised to find that one was indeed out there,” Kitta stated. “Not only that, but it was very well documented, and had an awesome sandbox that greatly assisted my development.”

Kitta plans to use the demonstration in the Microsoft Technology Center’s Innovation Alley, which showcases up-and-coming projects and demonstrations from visionary thinkers, innovators, and entrepreneurs in the technological field.

In the future, he hopes to add the same capabilities to leverage Microsoft’s Cortana, as well as create further functionality for school news and contact information for the Echo, with the help of Sycamore’s API.

Sycamore Education is an online, all-in-one School Management System with over 300 features including admissions, classroom management, transcripts, and everything in between. With a dedicated support staff and the most affordable pricing on the market, Sycamore has become an industry leader in educational technology and the system behind schools and colleges in over 40 countries. No matter the size of the institution, Sycamore provides what schools need to run efficiently. For more information, visit www.SycamoreEducation.com or call (866) 757-4968.

Compose your email to Lisa Willard at Sycamore Education.