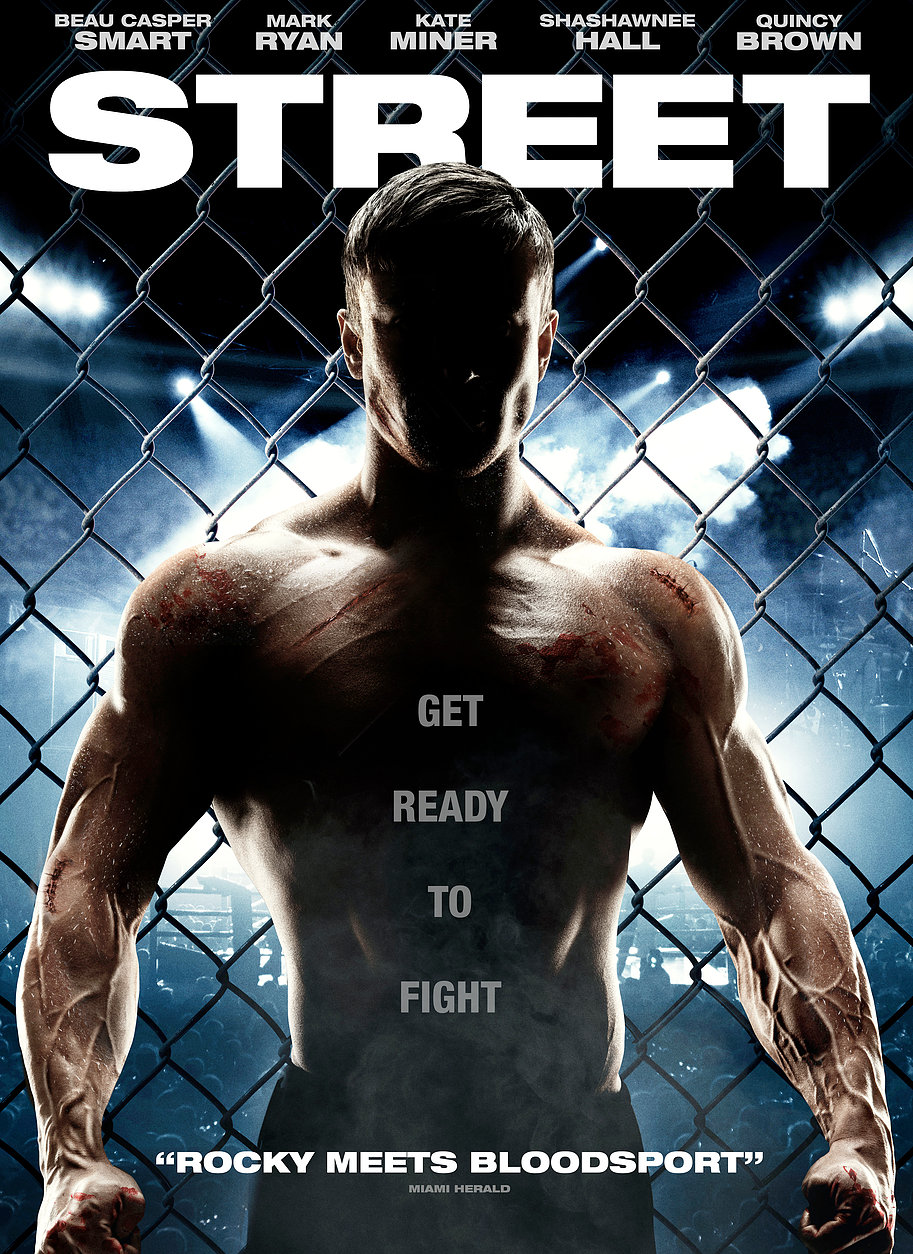 With Some of the Most Realistic MMA Fight Scenes Ever Made!

Remo Street is a 23-year-old former wrestling champion spends his days job searching and with great ingenuity forces himself to train at night whenever and however he can. It seems his lifelong dream of becoming a professional fighter just might elude him until one fateful night when destiny takes him an entirely new direction.

Street is a film that should not be missed by any Black Sails, Transformers and MMA fans. Mark Ryan best known as “Quartermaster Gates” in the Starz hit Series Black Sails gives an amazing performance as URI a Russian mobster.

It also features MMA icon Frank Trigg, and current fighters Matt Mitrione, Bellator Light-Heavyweight-Champion Emanuel Newton, former Bellator welterweight title challenger Jay Hieron and one of the most exciting fighters to ever come out of The Ultimate Fighter, Uriah Hall.

Street contains some of the best MMA fight scenes of any film ever made. Having a number of well-known, experienced MMA fighters takes the fight scenes to a realistic and powerfully intense level.  Arnold Chon, one of the top fight choreographers in Hollywood as well as a trainer of real MMA fighters, is the man behind the action.

Arnold Chon has worked with Martial Arts legends including Jackie Chan, Jet Li, Wesley Snipes, Jean Claude Van Damme, Michael Jai White and Chuck Norris. Even more prevalent to the film, Chon has trained MMA fighters to a championship level in his spare time, both in Bellator and the UFC. Because of his real world experience with MMA fighters, he is regarded as the most knowledgeable coordinator in on-screen MMA fights.

“As a huge Black Sails fan I saw STREET the movie twice in theaters last fall. I wanted to witness Mark Ryan portraying a different style character than his pirate ‘Gates’. After seeing the movie I was not only captivated by Ryan’s performance as URI, but I also became an MMA fan. The action is so realistic and the storyline captivating. I can’t wait to own a copy in May, stated fan Steven Wolf.

Street is produced by Lyle Howry of Wedding Day, starring David Koechner (You Can’t Have It), Armand Assante (American Gangster), featuring MMA Fighter Rob Gronkowski, and Joanna Krupa (Planet of the Apes (2001), Dancing with the Stars). A film by writer and producer Jeffrey Ross, best known for award winning film, Lost and Found Family, and Shadow Conspiracy starring Charlie Sheen. Director Bradford May is an Emmy Award Winner whose sensitive and dramatic style of lighting and graceful manner of directing actors has made him one of Hollywood's most prolific talents.

“I think this film will be applauded by MMA enthusiasts while at the same time appealing to those who enjoy a good love story blended with action, and of course those who are inspired by come-from-behind underdog movies like Rocky, Warrior, Southpaw and other films of that genre. I am thrilled that fans will have the opportunity to purchase this movie at Walmart, added Producer Lyle Howry from Skinfly Entertainment.

Compose your email to Karen Ammond at KBC Media.