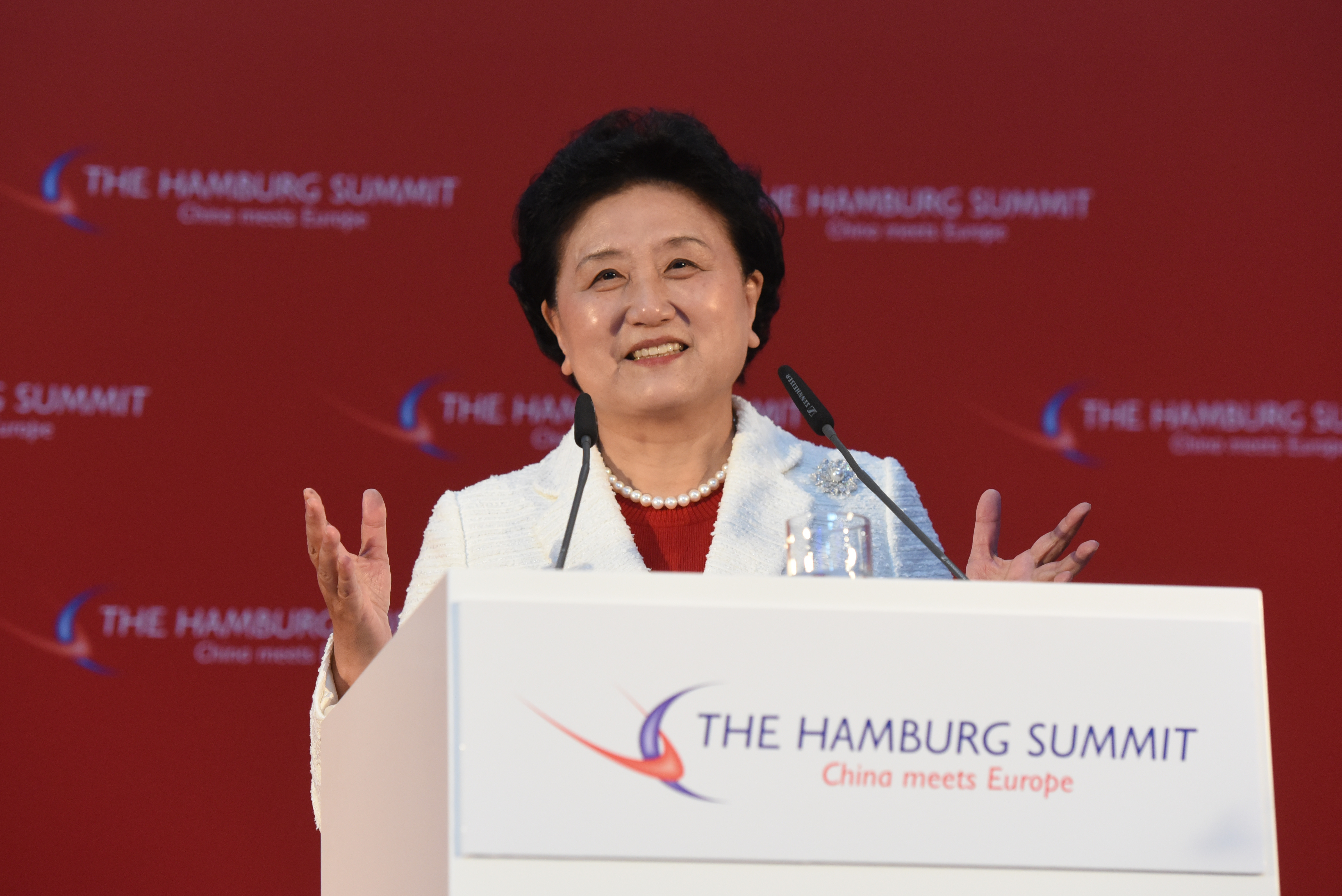 Yesterday, the “Hamburg Summit – China meets Europe”, the leading Sino-European economic conference, was concluded in Hamburg / Germany with a closing lunch and keynote speeches by Chinese Vice Premier Liu Yandong and German Foreign Minister Frank-Walter Steinmeier. The Hamburg Summit was hosted by the Hamburg Chamber of Commerce. During the two-day conference, some 550 participants – among them 110 Chinese delegates – discussed topics such as economic change in China, collaborations between the EU and China in the area of investments, as well as Brexit’s effects on relations with Europe and Germany. At the same time, the Hamburg Summit was the first meeting of leading figures from politics and business of both partners following the election of Donald Trump as president of the United States. During the conference talks, participants highlighted Hamburg's role as a junction of the New Silk Road and as China's gateway to Europe.

Liu Yandong explained in her Keynote: “Just like Europe, China is experiencing a process of deep-seated changes. We are like brothers”. According to the Chinese politician: “Cooperation between China and Europe will have a wonderful future”. Mutual reliability, networking, reciprocal benefits and supportiveness are key elements for cooperation between China and Europe.

Frank-Walter Steinmeier, Germany’s Federal Minister for Foreign Affairs, added: “If we recognise that international politics and business will always be exposed to unexpected internal and external shocks, we must then create the greatest possible degree of reliability by means of common rules.” According to Mr Steinmeier, reliability is a strong supporting pillar in relations with China, and cooperation should extend beyond politics and business to include education, science, schooling and sport.”

Hamburg Summit committed to strengthening ties between Europe and China

The Chairman and CEO of the First Eastern Investment Group in Hong Kong, Victor L.L. Chu, expressed the view that Europe and China are about to enter into a “golden era” as the US would focus increasingly on internal affairs and thus create leeway within global trade. “To keep up this momentum, we need to promote cultural, educational and social exchange among the younger generation just as much as collaborations between small and medium-sized enterprises,” Mr Chu said.

The Hamburg Summit – a platform for China and Europe

Initiated by the Hamburg Chamber of Commerce, the Hamburg Summit is the leading Sino-European economic conference. It aims to provide a platform for fair exchange between China and Europe as a means of fostering Sino-European relations. At the same time, the Hamburg Summit offers entrepreneurs from both world regions the opportunity to obtain first-hand information on current developments and to broaden their networks. As a high-level platform for open dialogue between Europe and China, the conference serves to improve economic relations and promote mutual understanding. Participants include leading business representatives, politicians and academics from China, Europe and other parts of the world.

Compose your email to Guido Neumann at Hamburg Marketing GmbH.