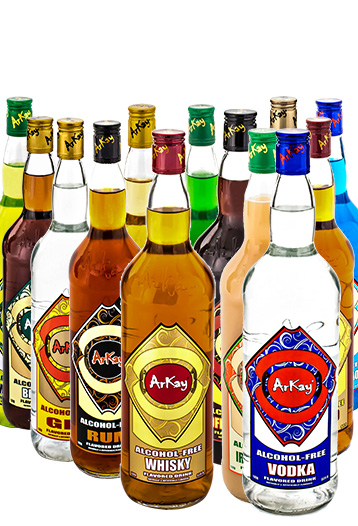 What is ArKay Alcoholsynth and how does the hangover-free liquored flavored drink actually work?

ArKay is bringing a booze-free beverage to a bar near you but what else do we know about it?

ArKay means a new liquor flavored drink that leave you hangover-free, ArKay is a soft drink with the kick, feel and taste of real liquor with none of the effect. www.alcoholsubstitute.com , with ArKay you do not have to choose between having fun and being safe.

ArKay Alcoholsynth is a molecule which is designed to imitate all the positive effects of liquor and remove the risks of hangover and loss of control says its creator Sylvie Grattagliano’s husband Arkay´s founder.

This beverage allows people to feel great and relax without leaving them with any of negative side effects associated with a hangover, such as a dry mouth, nausea or a throbbing head.  www.alcoholsynth.com

How does it work?

ArKay Alcoholsynth IS NOT a derivative of benzodiazepine, a drug which is commonly used to treat anxiety disorders, but doesn’t cause withdrawal symptoms. Arkay WARM (Alcoholsynth) is a molecule duplicating the feeling, the taste and the kick of the alcohol but with none of the effect as a result ArKay is not a treatment or a medicine and does not intend to be, it leaves drinkers feeling good but not intoxicated or drunk. https://en.wikipedia.org/wiki/Arkay_Beverages

Who came up with the idea?

Back in 2007 ArKay Beverages Sylvie Grattagliano‘s husband created the WARM molecule called today ArKay WARM (Alcoholsynth)  www.alcosynthsubstitute.com. ArKay was introduced to the market in 2011 and since everyday millions of peoples drinks Arkay around the world.

“It is there alongside the whisky and the vodka, pour Arkay WARM Alcoholsynth Substitute into your cocktail, then you’ll have the feeling of the alcohol without damaging your liver and your heart.” Said Richard Simmons ArKay VP of sales at ArKay Beverages Inc. www.alcosynthsubstitute.com

Is it already available in Europe and USA?

In Europe and USA alcohol is responsible for 10 per cent of deaths and disease and ArKay is 1000 times safer and hangover free. http://www.who.int/mediacentre/factsheets/fs349/en/

ARKAY IS THE HONEST ALTERNATIVE TO LIQUORS

Here are some sobering facts about alcohol consumption in the United States. Each year, more than one million people are arrested for driving under the influence of alcohol. According to a 2012 study conducted by the National Highway Traffic Safety Administration, http://www.nhtsa.gov/people/injury/research/AlcoholCountries/background_&_intro.htm close to 10,000 people died in drunk-driving related crashes during 2011 (that’s one person’s death every 53 minutes). Drunk-driving costs the United States $132 billion dollars a year, but the costs associated from the treating of health issues that arise from alcohol dependence & abuse annually costs this nation more than $200 billion, a dollar amount significantly higher than costs associated with the treating of obesity or cancer.

If only there was a way for consumers to shamelessly indulge in their favored flavored beverage without having to risk potential ramifications to their own health and safety, or the health and safety of others. Sylvie Grattagliano might just have devised the solution, or more appropriately, the formula, which not only offers an alternative in terms of consumption, but also something of a new business opportunity.

Sylvie Grattagliano is the President of ArKay Beverages Inc, a product line of beverages that are liquor-flavored, but 100% free of alcohol. Though only recently introduced, demand for the beverage has generated sales throughout the world, and the company is building on current successes by introducing new lines of vodka, rum, gin, brandy and Tequila (and 60 more flavors ) which taste and feel like the real deal, but are totally free of alcohol.

A Triple Shot of Triumph

ArKay emerged on the market in November of 2011. Sold in cases by-the-bottle and soon by the can, the liquor-flavored drink is being whisked away to distributors and retailers throughout the world. “In the beginning.

ArKay Beverages Inc has secured distribution agreements in many countries around the world as well as some Middle Eastern countries where some nations have exceedingly strict rules governing the consumption of alcohol. ArKay, of course, poses no legal consequences for consumers. It also poses no health consequences as it is sugar-free, carb-free, zero calories, sodium-free and guilt-free.  https://shop.arkaybeverages.com/31-skinny-arkay-mocktails-collection

What it does impart, says Sylvie, is the sense that one is actually drinking liquor. “When you drink, it has a balanced flavor and feel. Even water has a certain taste… all drinks do. So when you drink Arkay you have the impression of alcohol in your mouth just like any liquor, but without the alcohol.” https://shop.arkaybeverages.com/39-arkay-flavored-na-vodka

Arkay’s ability to mimic liquor flavoring is credited to the blending of flavors and creation of the new WARM molecule. In the last years, representatives from some of the large soda companies have approached Sylvie and asked for samples. She suspects there are efforts to duplicate his formula, but she is not worried about it. “It would be hard for anyone to copy it… it might take years to crack the formula because no one has access to the molecule besides my husband and myself.

The WARM molecule figure now in other products ArKay is bringing to market. The company is following his whisky-flavored success with a new line of alcohol-free Vodka, Tequila, Gin, Rums, Brandy , Pina Colada and Orange Napoleon. What O’Doul’s did for beer, Sylvie has done with spirits, but to another degree, she has essentially invented an entire new beverage category of alcohol-free liquors. She has also developed an expanding sales force, directly employing some 50 peoples in her bottling plant. Arkay isn’t constrained by strict market regulations allowing it to be sold virtually anywhere. In fact, many sales have been generated via Arkay’s presence Online at www.arkaybeverages.com, www.arkay.co.uk and www.arkay.eu

In a study of 147 countries conducted by the World Health Organization, it was determined, annually, there are more than two million deaths attributed to alcohol use. Though ArKay has already proven solid as a business model, if it can additionally serve to diminish such dire instances of death, it will further prove deserving for all to raise a glass and toast to its success.

ArKay ® was created with the purpose of improving people’s lives through beverages, providing taste-rocking, world-changing non-alcoholic liquors crafted in over hundreds of crispy flavored potions and still counting. ArKay beverages is the world’s first non-alcoholic, liquor-flavored drink collection, and has rapidly gained popularity worldwide with this truly unique and innovative drink. For consumers worldwide looking for an alcohol-free beverage alternative ArKay, Non Alcoholic liquor-flavored drink collection is the perfect drink to substitute for all alcoholic drinks.

ARKAY reminds everyone, “Don’t drink and drive unless it’s ARKAY®.”

Compose your email to RICHARD SIMMONS at ARKAY BEVERAGES.