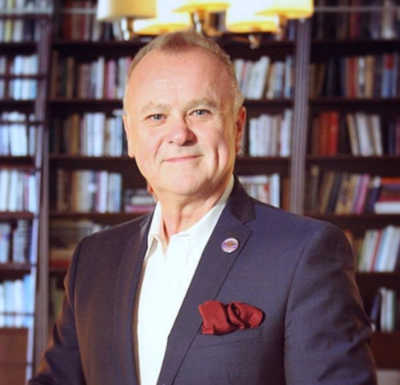 Ron Leach, noted Casting Director, Producer, award-winning Director and Acting Coach, was just recently selected as Top Casting Director of the Year by the International Association of Top Professionals (IAOTP) for his outstanding leadership and commitment to the industry.

While inclusion with the International Association of Top Professionals is an honor in itself, only a few members in each discipline are chosen for this distinction. These special honorees are distinguished based on their professional accomplishments, academic achievements, leadership abilities, and longevity in the field, other affiliations and contributions to their communities.  All honorees are invited to attend the IAOTP’s annual award gala at the end of this year for a night to honor their achievements. www.iaotp.com/award-gala

With nearly 3 decades of professional experience as a Casting Director, Producer and an award-winning Director, Mr. Leach has certainly proven himself as an expert in the field.As a dynamic, results-driven leader, Mr. Leach has demonstrated success as one of Canada’s leading casting directors, casting independent film, television, theatre and commercials for clients as diverse as Hallmark, CTV, Anchor Bay, CBS, Paramount, Global Television and many more. His impressive repertoire includes directing 11 international award-winning short films such as Altarcations (winner of 9 international Awards and programmed in 20 international film festivals to date), Helpline (Official Selection in 2 International Film Festivals), his third short film, Shaky Grounds which has won two international awards Profile which premiered at Big Bear Lake International Film Festival and made its Canadian Premier at the Film North Film Festival (where it took a Special Jury Award).Profile which screened at Chicago’s International Film Festival and the UK Film Festival in London.Kiss is available for screening along with Mr. Leach’s other short films, Love which premiered at the Oaxaca International Film Festival in Mexico in 2013 and was the subject of four master-classes in filmmaking at the festival and 2 Universities in Mexico.His most current directorial endeavor entitled GayBasher, premiered at the Boston LGBT Film Festival in May of 2014 prior to being included in the Cortes Metrage in Cannes.Mr. Leach is the Producer of the acclaimed feature-length documentary film Shurtleff, on the legendary author, teacher and casting director Michael Shurtleff. He has also produced Audition, the 4 part instructional series on acting, and recently produced the Canadian Premier of Neil LaBute’s In a Forest Dark and Deep at Toronto’s Theatre Passe Muraille. His most recent productions has been casting the feature film Total Frat Movie and is currently casting Against The Wild II.He is also working on the independent feature film Kingdom Come and recently casted (as well as produced) the feature film Narwhal.Mr Leach is also working on the cast for the films and television series; Victim, Destination Fear, Scare Tactics, Anchor Baby, Good Times Are Killing Me, Da Kink In My Hair, Murdoch Mysteries, The Gringo and Jamie Foxx’s Untitled Comedy Project for FOX Network.

Throughout his illustrious career, Ron has received many awards, accolades and has been recognized worldwide for his outstanding leadership and commitment to the profession.For 2019 he is being considered to be featured in TIP (Top Industry Professional Magazine), and is also being considered for IAOTP’s Male Visionary of the Year Award. For 2018 he was selected as Top Casting Director of the Year by the International Association of Top Professionals.In 2014 Mr. Leach received the inaugural Humanitarian Award for GayBasher at the Oaxaca International Film Festival. Ron is a member of the Casting Director’s Society of Canada and The Academy of Canadian Cinema and Television.

Aside from his successful career, Ron is a sought after presenter, speaker and Acting Coach.He has served on the jury for the Oaxaca International Film Festival in Mexico, has served as juror for the International Emmy Awards, the Genie and Gemini Awards, the On the Fly Film Festival, and is a regular Judge of the Toronto Monologue SLAM.Mr. Leach has also served as President of the Board of Directors for The Canadian International Animation Festival, and former Chairman of the Board of Directors to the Talent Representatives Association of Canada.Mr. Leach was past President of the Board of Directors to Toronto’s Dora Mavor Moore award-winning Acme Theatre Company, which produced over 30 plays during his 10 year tenure.Mr. Leach’s acclaimed course of acting skills for the camera was taught by him at the Stratford Shakespearean Festival, St. Lawrence College, Brockville, Centennial College Film and Video Production Program, The Vancouver Film School and ACTRA Toronto’s Acting your Age program.

Stephanie Cirami, President of IAOTP stated, “Choosing Ron for this honor was an easy decision for our panel to make.Ron is brilliant, he has received numerous awards, accolades’ and his accomplishments are extremely impressive.He has given back to his community and he has tremendous foresight and extensive knowledge as a Director, Producer and Acting Coach. He was exactly what we were looking for and we are truly honored to have him as our Top Casting Director of the Year.We are looking forward to meeting him at the gala and know we will be seeing more from this amazing man.”

Looking back, Ron attributes his success to his perseverance, mentors he had along the way and staying passionate in all of his endeavors.He says he has been blessed; he loves the work he is doing and feels this is just the beginning.For the future, he hopes to continue making a difference in the world and in people’s lives any way that he can.