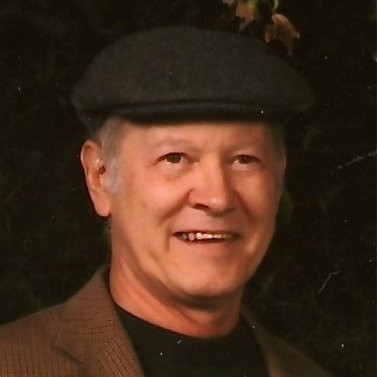 Richard E. Ragsdale, Former Co-Founder of Community Health Systems, Inc.  (CYH) was selected as Top Healthcare Executive of the Year for 2018 by the International Association of Top Professionals (IAOTP) for his outstanding leadership and commitment to the industry.

With over 3 decades of professional experience in healthcare administration and entrepreneurship, Mr. Ragsdale has certainly proven himself as an accomplished professional and expert in the field.  As a dynamic results-driven leader, Mr. Ragsdale has demonstrated success not only as Co-Founder of Community Health Systems,  but has also been a successful entrepreneur, consultant and passionate humanitarian who has volunteered his time in his community.  Mr. Ragsdale’s impressive repertoire of prior roles has included Independent Director at AAC Holdings, Inc. from July 2012 unitl May 2018.  Mr. Ragsdale also served as the Vice President and Treasurer of Hospital Affiliates International, Inc. (HAI) from 1973 to 1977 and served Vice President and Chief Financial Officer of INA Health Care Group from 1977 to 1981. After the sale of HAI in 1981 Mr. Ragsdale co-founded Republic Health Corporation, which rapidly grew to become the 5th largest US hospital management company.  In 1983 & 1984, Republic and its acquired companies raised over $400 million in the public capital markets, leading all other US healthcare companies during that time. Republic was taken private by another investor group and Mr. Ragsdale co-founded Community Health Systems and served as Chairman until he retired after Forstmann Little’s $1.1 billion LBO was accepted in 1996.

Mr. Ragsdale has co-founded and financed 17 healthcare corporations during his career, often serving as consultant/advisor to the companies, recruiting management talent, and serving as board chairman.  He presented LBO offers with indications of finance or “highly confident” letters to Hospital Corporation of America ($6billion, April 1987) and American Medical International’s UK division ($190 million, April 1987).

Mr. Ragsdale earned a Bachelor of Arts degree from Ohio University in June 1965, and also studied abroad at the University of Vienna, Austria in 1964.  He earned his Master’s in International Commerce from Thunderbird Graduate School of International Management in 1968.

The President of IAOTP, Stephanie Cirami stated that “Choosing Mr. Ragsdale for this award was an easy decision for our panel to make.  He is brilliant at what he does, his list of accomplishments and accolades are beyond impressive, he is active in his community and other organizations, he was exactly what we were looking for.  We know we will be seeing more outstanding things from this man and hope to spend time with him at the gala.”

Throughout his illustrious career, Mr. Ragsdale has been active in his community and has received awards, accolades and has been featured in several publications.  For 2019 he is being considered for a feature in T.I.P (Top Industry Professionals) Magazine and for the Lifetime Achievement Award by the International Association of Top Professionals.  For 2018, he was named Top Healthcare Executive of the Year by IAOTP.  For 2017, he was selected as Outstanding Professional of the Year by the International Society of Business Leaders and for 2016, named VIP member of Who’s Who.   Mr. Ragsdale volunteered as Chairman of the Nashville Zoo; Chairman of the Hospital Authority of Nashville and Davidson County; Chairman for Maryville College; Trustee for Currey Ingram Academy; President of the Ragsdale Family Foundation; and has been active in the Salvation Army and Y-CAP, the YMCA’s Community Action Project.

Looking back, Mr. Ragsdale attributes his success to his perseverance, mentors he has had, staying passionate in all his endeavors and modeling integrity in all his activities.  Mr. Ragsdale says he has been blessed.  He loved doing what he was doing and feels this is just the beginning. Now retired Mr. Ragsdale enjoys traveling, and spending time with his family. For the future, Mr. Ragsdale will continue to thrive as an entrepreneur, and business consultant, and hopes to continue making a difference in people’s lives anyway that he can.