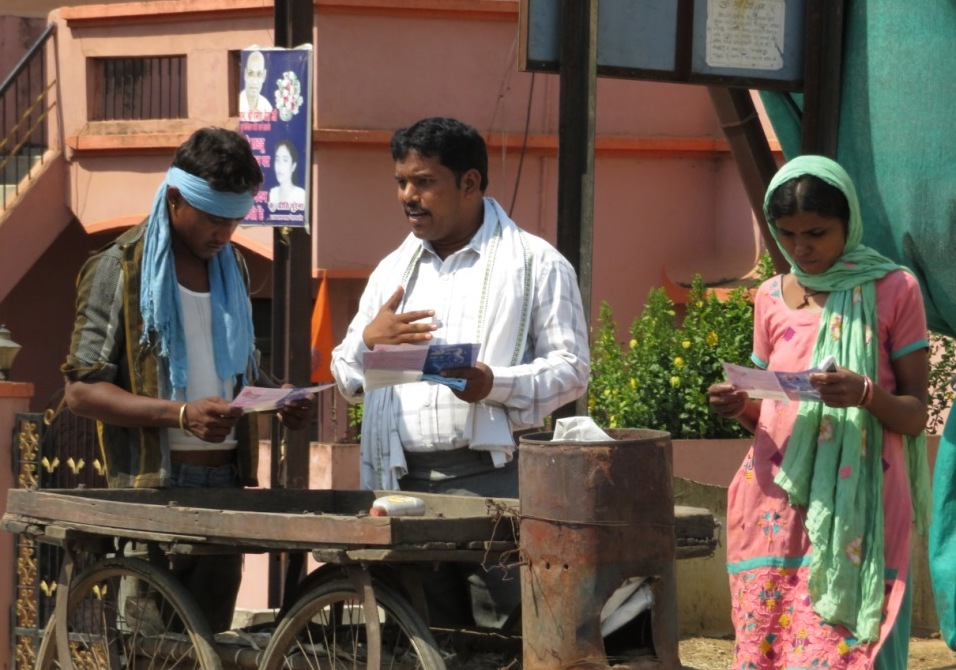 Residents of a community in northern India have pledged to make it tobacco-free following a health awareness drive by Gospel for Asia (GFA)-supported workers.

Carrying placards and handing out advisory leaflets about the dangers of smoking, teams visited villages and neighborhoods recently as part of a World No Tobacco Day initiative spotlighting the health dangers. Commuters and residents received the literature, which included the leaflet “Do you know the disadvantage of smoking?”

Around 900,000 people a year die from smoking-related causes in India. Though smoking in public has been banned in the country since 2008, the prohibition is routinely ignored in rural communities away from major urban centers. In addition to cigarettes, “beedis”--tobacco wrapped in a leaf and widely considered to be more harmful than regular cigarettes—are popular.

“So many people are unaware of the dangers of smoking, how it can lead to poor health and have consequences not only for the individual but their family too,” said Dr. K.P. Yohannan, founder and director of GFA. “By offering this information, we wanted to show that God cares for the whole person—body, mind and spirit.”

GFA-supported workers walked to different communities and passed out literature along the way. Several thousand leaflets were distributed, including some warning about the dangers of alcohol abuse.

At one event, residents expressed appreciation for the information. “I am motivated by the program and will encourage my neighbors and parents to stop using tobacco,” said a woman living there.

Another resident said that she believed the initiative could make a big difference. “Along with other villagers, I would like try our best to make our village a ‘tobacco-free village’,’” she said.

One of the GFA-supported workers explained why he was glad to have taken part in the program “When I see people are dying because of smoking, and their family suffers, my heart pains,” he said.

Yohannan said that the anti-smoking drive was intended to reflect Jesus’ care for every dimension of a person’s life.

“Jesus not only touched people’s hearts, he also cared for their physical well-being,” he said. “Our desire is for people to experience longer, healthier and fuller life in him.”

GFA (Gospel for Asia) has – for more than 30 years ? provided humanitarian assistance and spiritual hope to millions across Asia, especially among those who have yet to hear the Good News. Last year, this included more than 75,000 sponsored children, free medical services for more than 180,000 people, 6,000 wells drilled, 11,000 water filters installed, Christmas presents for more than 400,000 needy families, and spiritual teaching available in 110 languages in 14 nations through radio ministry.

Compose your email to Press Relations at Gospel for Asia.