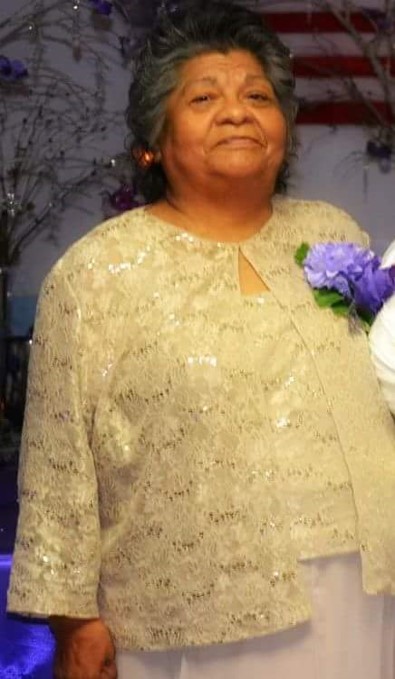 On Wednesday, May 3, 2017, Mrs. Roberta Salazar passed away.   She left to mourn her loss, four children, a sister, niece, nephew, and grandchildren, along with a plethora of other family and friends who loved her. The family of the decedent sought the expertise of Grace Funeral Home to make final arrangements for their mother and loved one. After contracts were signed and Grace Funeral Home was paid, the family was led to believe that their mother's last wishes of having an open casket viewing in her 40th wedding anniversary gown would occur, however, due to the Defendant’s gross negligence and deception, the family’s wishes will never be a reality, because Grace Funeral Home burned Roberta Salazar’s body without the family’s permission, and they lied about their actions.

With family flying in from out of state and friends gathering in preparation for the final viewing of Mrs. Salazar to bid their last farewells, one can only imagine the disbelief, shock and utter surprise when Roberta Salazar’s children learned that the funeral home had flagrantly discarded their mother’s remains by burning her body without permission. If that wasn’t appalling enough, insult was added to injury as Grace Funeral Home carelessly and negligently gave Mrs.Salazar’s remains to the wrong family.

“It is unconscionable to imagine what this family goes through on a daily basis," said Willie Gary, an attorney for the Salazar family.  He added, “Roberta Salazar’s children will never have a sense of closure when it comes to their mother’s death, and it’s because of the negligent and deceptive acts of Grace Funeral Home.  The one dying wish that Roberta Salazar left with her children was to be buried in her 40th anniversary wedding gown and to have an open casket viewing; but more importantly she did not believe in cremation, so her children have to live with the fact that their mother’s body was burned and her final wishes were not honored.  It is our hope that no other family will ever have to experience what the Salazar family is going through each and every day of their lives.”

Today, attorneys Willie E. Gary of Gary, Williams, Parenti, Watson and Gary, PLLC, Troy J. Pradia and Jonathan Cox of the Cox Pradia Law firm (Houston, TX) have filed a lawsuit on behalf of the family of Roberta Salazar, seeking justice for the wrongful cremation of their loved one.

The lawsuit, filed in Victoria County District Court seeks to hold Grace Funeral Home accountable for the careless and wrongful cremation of the late Roberta Salazar.  Attorneys representing the family are seeking $50,000,000.00 in damages for fraud, deception, cover up, wrongful cremation, negligence, and intentional infliction of emotional distress.

Gary is no stranger to seeking justice. Gary and his legal team are known for taking on some of the nation’s most powerful corporate giants, including the funeral industry. In 1995, a jury awarded Gary and his legal team a record-breaking, half-billion dollars against one of the world’s largest funeral chains, TheLoewen Group. In addition, Gary is noted for winning a $240 million jury verdict in Orange County against the Walt Disney Corporation for his clients who alleged that Disney stole their idea for a sports theme park. In 2001, a jury awarded Gary a $139.6 million verdict for the Maris Distributing Company against Anheuser Busch. The record breaking $23.6 billion dollar wrongful death verdict in the Reynolds American Tobacco case was awarded in 2014.  More recently Gary obtained one of the largest wrongful death verdicts in the history of North Carolina against Horizon Coach Lines -- $21 million including interest on behalf of the estate of Doval Watson, Jr., who was killed in a bus crash.

All media inquiries and interview requests should be directed to Tanya Wiley at 336-345-2628.

Compose your email to Tanya Wiley at WC Consulting & Communications.