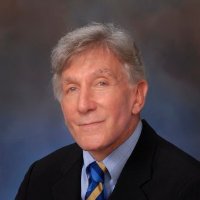 With three decades of achievements in his specialty, Dr. Shapiro currently serves patients at his private practice, Neuro Imaging Winter Park in Winter Park, FL; He is an expert in diagnosing abnormalities of the central and peripheral nervous system, spine, head and neck through various neuro-imaging techniques. He is an expert in musculoskeletal MRI with orthopedic training from Duke University in Durham, North Carolina, and is affiliated with the University of Miami Hospital.

Dr. Shapiro is board certified in Radiology and Neuroradiology by the American Board of Radiology. He has achieved great success and has received 5 stars ratings from his patients who applaud his compassion and expertise.

“Dr. Shapiro’s skill and care made all the difference in my son's future!” said Judy Schneider who’s son needed emergency surgery, to which Dr. Shapiro assisted in contacting a surgeon to perform the procedure. “Even after it was out of his hands and my son had had his surgery, Dr. Shapiro did not hesitate to call me to find out how my son was doing,” she explained.

“I am so very thankful to him and all of the staff members that helped to see us through a very difficult time,” she mentioned in her online review. “He and his staff will not be forgotten!”

To stay abreast of the latest technologies in his field, he maintains memberships with the American Society of Neuroradiology, the Radiological Society of North America, the International Society for Magnetic Resonance in Medicine and the American Roentgen Ray Society.

Dr. Shapiro is also co-educator for Radiology Clinicians of North America where he focuses on MRI of the Head and Neck, Imaging of the Spine of 3T Free Tesla, and MRI of the Spine. Using the Siemens Verio 32 Channel 3T MRI equipment, Dr. Shapiro hopes to bring his patients the best and most accurate imaging.

Among his many achievements, Dr. Shapiro has been a teacher to fellow, board-certified radiologists at the University of Miami’s Miller School of Medicine. He has been chosen Teacher of the Year by the University of Central Florida in 2013; America’s Top Radiologists between 2002 and 2011; he is the former chief of neuro MRI and ENT radiology at Yale University School of Medicine; Author of 3T Spine Imaging published in 2006 by MRI Clinics of North America. Dr. Shapiro has been voted among America’s Top Radiologists since 2002, he was an invited lecturer on 3T MRI of the brain and spine at ISMRM in Berlin, Germany, in 2007.

Dr. Shapiro also authored a chapter on 3T imaging of the spine for 2011 Neuro Imaging Clinics Edition on Neuroradiology applications in high field MRI. He was declared Teacher of the Year by Yale Department of Radiology in 1989; and a “Patient Preferred” Neuro-Radiologist, 2018.

A key note speaker, Dr. Shapiro has engagements for national and international lectures on MRI. Such engagements include the RSNA neuroradiology sessions (moderator, 2006-2011) and the American Society of Neurology (speaker, 2008 and 2009). He was chosen as one of eight doctors in the world to speak at the 3rd annual international symposium on 3T whole body MRI, three years in a row. A researcher; he has worked with Siemens on new protocols for MRI, setting a standard for radiologists diagnosis worldwide.

To make an appointment with Patient Preferred Neuroradiologist, Dr. Marc D. Shapiro, MD, please visit his website www.nsiwinterpark.com or call (407)-478-1550; and be sure to check out his feature at www.patientpreferredphysician.com.

Compose your email to Lauren Good at Patient Preferred Physicians and Practitioners.