Onagofly Rewrote the Crowdfunding Records of Drones on Indiegogo 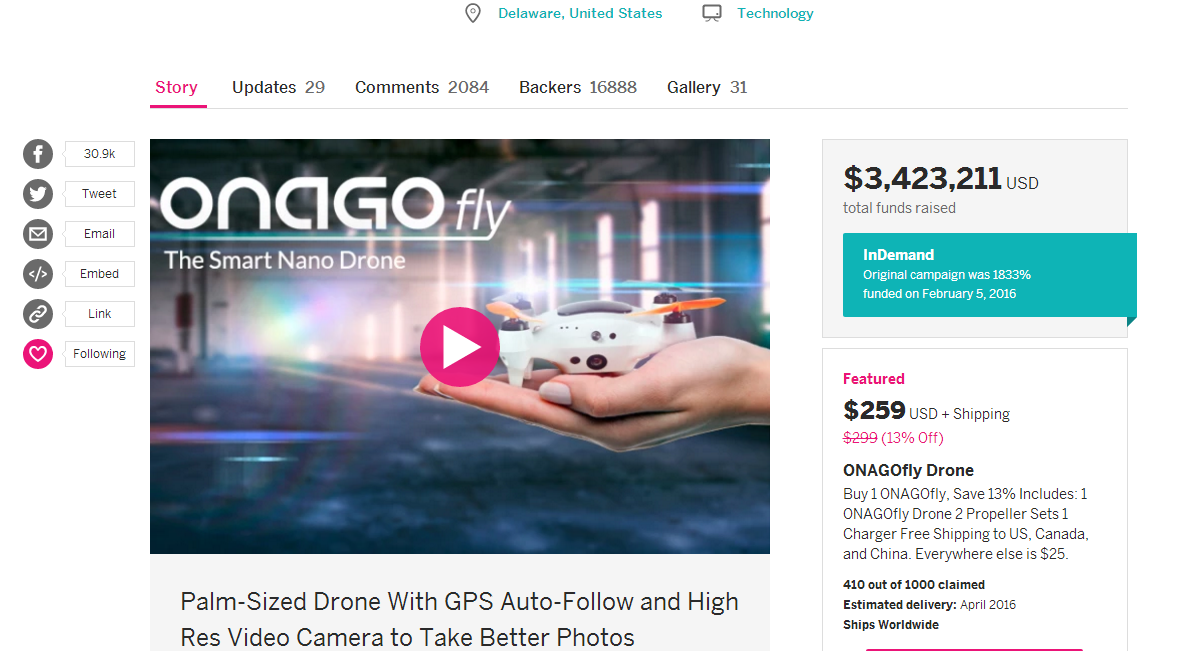 In December of last year, ONAGOfly- the smart nano drone became a new star on Indiegogo.

ONAGOfly got a huge success on Indiegogo-it raised over $3.4M in just 4 months and became the most funded drone campaign on Indiegogo. With the weight of 0.3lbs, Onagofly is free from FAA registration. In fact, the tilt mode App control is more fun than games that are played on smartphones. Moving out of the radio remote controller, ONAGOfly is much convenient to take with and much easier to take with its App control.

As far as now, ONAGOfly got more than 16000 backers from over 140 countries and the number is increasing.

ONAGOfly is a palm-sized smart drone. With the function of smart phone control, GPS following and can capture 1080P 30fps videos and 15M pixel images.

ONAGOfly made an amazing appearance on CES last year. Its small size and advanced technology make it attractive on the trade show.

ONAGOfly start its shipment in large quantity today and thousands of backers are expected to receive their ONAGOfly in April.

Before its April shipment, technicians from Acumen Robot Intelligence were working hard to optimize its GPS function. One of the engineers from Acumen Robot said that crowdfunding gave them a good way to communicate with backers and some of their feedback helps with those optimization.

ONAGOfly is $259 on Indiegogo right now. After the crowdfunding, Onagofly will lauch its product on its official site in May:  http://www.onagofly.com

Compose your email to Sam Tsu at ONAGOfly.