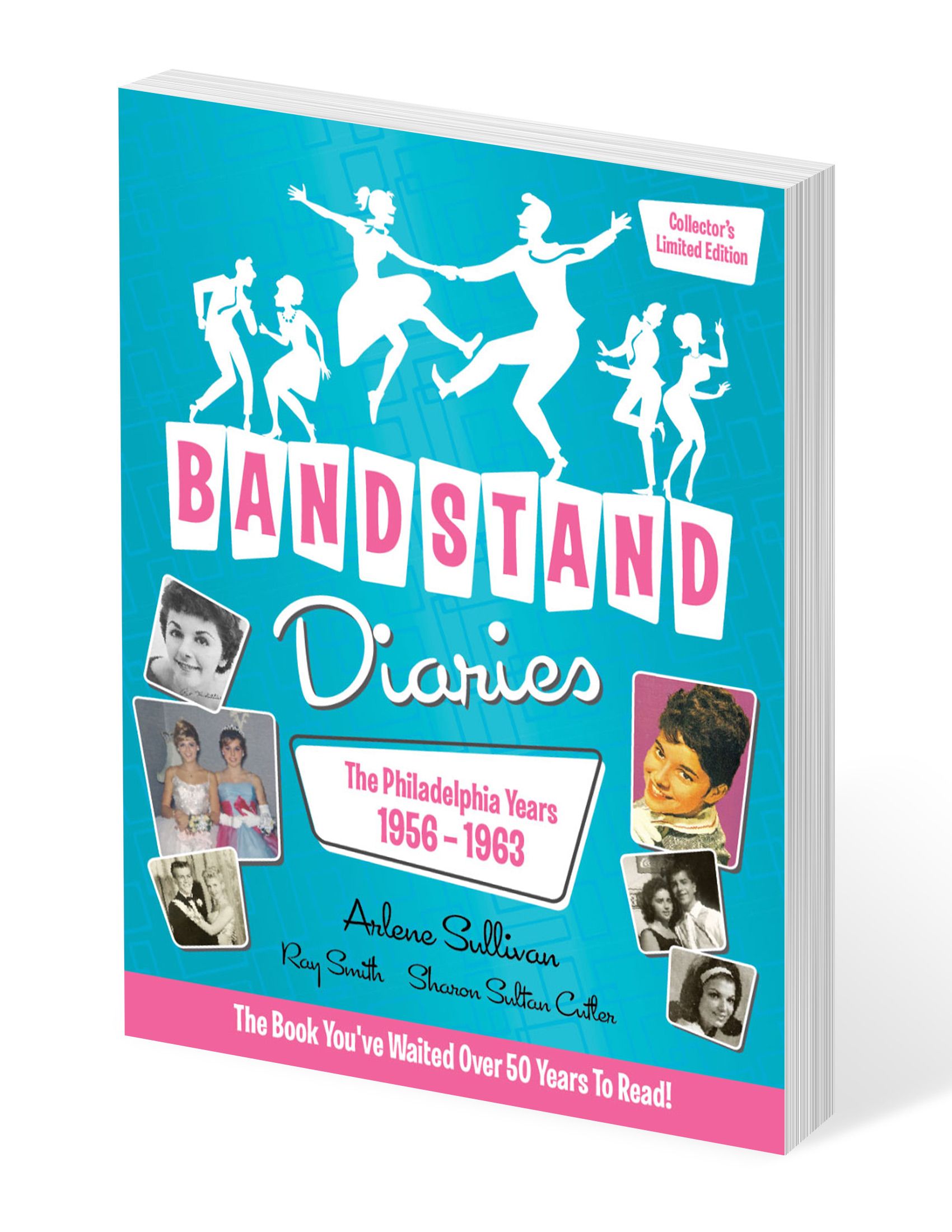 After the Presidential election, many baby boomers and seniors are taking a vacation from politics to enjoy the nostalgic new coffee-table book, Bandstand Diaries: The Philadelphia Years 1956 to 1963. It recreates the national debut of Dick Clark’s American Bandstand on black-and-white television, highlighting the show’s teenage dancers who became nationally known and loved by over 20 million viewers who followed their every move.

Co-author Arlene Sullivan, one of the most popular teenage dancers who jitterbugged and strolled on the daily dance show, recalls being mobbed by fans everywhere she travelled. “Kids today cannot understand how we (the “Regulars”) became national celebrities to millions of teens,” she said. “We became their role models and they copied our fashions, hair styles, dance steps and any fad we started on the show.” Most of the Regulars appeared on the covers of celebrity magazines alongside Hollywood stars. Arlene wrote a personal diary about her life on the show until today for the photo-filled book.

As American Bandstand celebrates its 60th Anniversary in August of 2017, fans have long wondered about their favorite teenage dancers – 14 to 18 years old at the time- who were forced to leave the show when they left high school. The book features interviews and memories of over 40 of the Regulars today, who disappeared from public view by the early 1960s except for occasional reunions and news stories later on.

Singer Bobby Rydell, who wrote the book’s Introduction, recalls that if Dick Clark invited a performer to perform on the show, “his or her career took off.” Many of the singers featured in the book had their debuts on the show – including Bobby Rydell, Frankie Avalon, Fabian, Charlie Gracie, Paul Anka, Danny and the Juniors, and Dion. They credit Dick Clark and American Bandstand with making them famous, according to Chicago book co-author and creator Sharon Sultan Cutler. Co-author Ray Smith writes about his experiences dancing on the show when he snuck in at 12 years of age and Dick Clark’s rise to fame and fortune with the show’s success.

American Bandstand also contributed to the pop culture history of the 1950s by being the first television show to highlight teenagers and introducing America to rock ‘n’ roll music. It also put the spotlight on many Afro-American performers for the first time.  The coffee-table book features over 700 photographs and retails for $30 on the book’s website at www.BandstandDiaries.com .

The co-authors are available for interviews, jitterbug lessons and nostalgic, enlightening conversation by contacting Sharon Cutler, a Chicago resident, at 561-634-0381. Contact BandstandDiaries@gmail.com