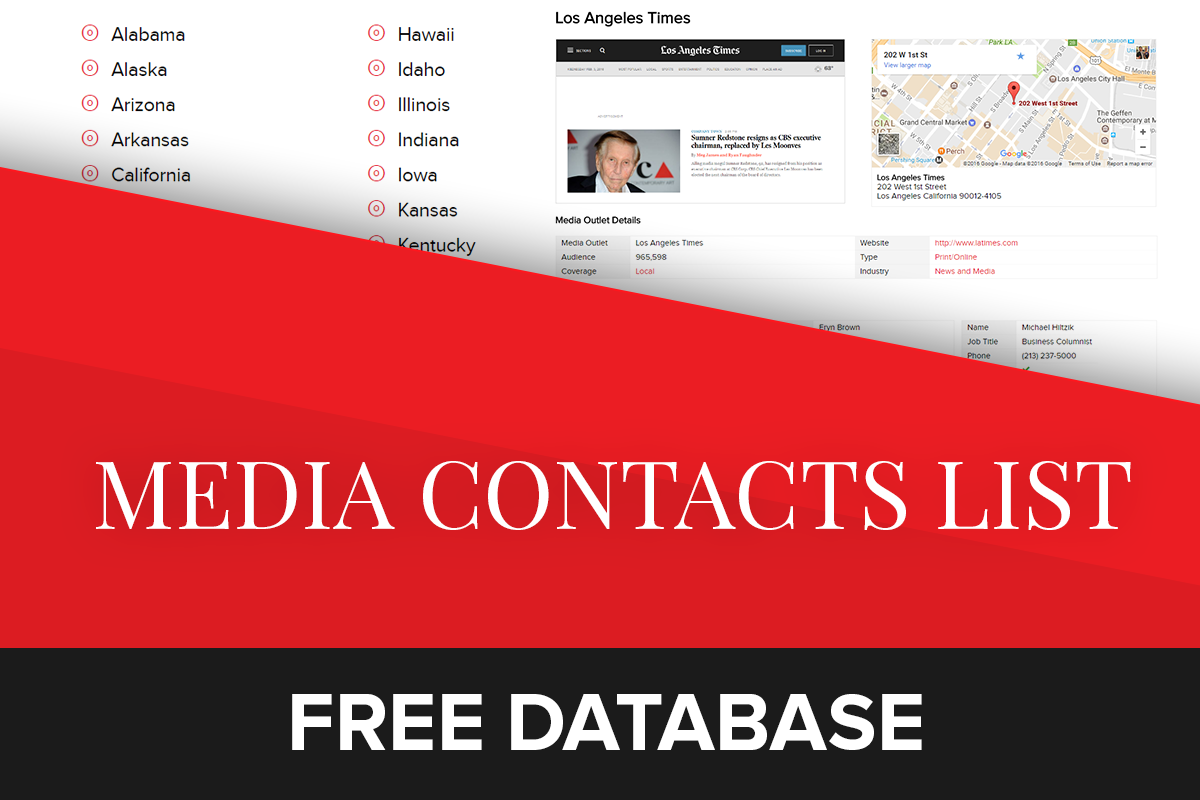 With the internet, social media and good old fashioned newspapers, having a media contacts list is a key factor when seeking publicity, promotion and advertising for any business. Getting the information to a targeted audience is not as easy as one might think. Until now, having the access to the contacts needed to be able to mass distribute a press release was not easily to obtain, if not impossible. What used to take years, even decades to acquire, can now be downloaded in a matter of minutes. Now there’s a company that can make it happen; Media Contacts Lists. They offer an extensive local, nationwide and international media contacts list with over 100,000 media contacts in its media list database. The tool includes distribution of press releases, news alerts and customer support. The list sizes vary and can accommodate any business size, and, at an affordable rate, can grow as business expands.

Media Contacts List is an innovator in the media industry, offering diverse contacts for advertising and distribution, using its media list database. The Company provides; state-by-state, national and world lists in order to help narrow the playing field and customize an area to reach the desired audience. Media Contacts List is proud and confident in the abilities that the media contacts list can provide to help businesses achieve their visions and goals, and looks forward to the progress and growth that it is sure to come to fruition.

Compose your email to Max B. at Media Contacts List.