Lincoln E. Greenidge, named "Top Vice President of the Year in Finance" for 2016 by the International Association of Top Professionals (IAOTP)! 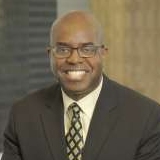 Lincoln E. Greenidge, CFO of LeadFX, and Vice President, Finance & Controller of the Enirgi Group Corporation has been named "Top Vice President of the Year in Finance” for 2016, by the International Association of Top Professionals (IAOTP)!

While inclusion with the International Association of Top Professionals is an honor in itself, only a few members in each discipline are chosen for this distinction. These special honorees are distinguished based on their professional accomplishments, academic achievements, leadership abilities, longevity in the field, other affiliations and contributions to their communities.  All honorees are invited to attend the IAOTP’s annual award gala at the end of this year for a night to honor their achievements.

With over 25 years of professional experience in the finance industry, Lincoln has certainly proved himself as an accomplished professional and expert in the field.   Starting out in the mid 80’s straight out of secondary school, Lincoln knew he wanted to be in finance. Originally starting as a junior accountant, he then worked as a bank clerk and was quickly promoted each year gaining experience in many areas of banking, including foreign exchange.  In 1995 Lincoln graduated with honors from the University of Ottawa, with his degree in Accounting, and was hired at PricewaterhouseCoopers.  With this company Lincoln gained experience in auditing clients in various industries including, manufacturing, nonprofit and financial services.  Continuing on his journey, Lincoln landed at the corporate office of Nortel Networks (one of the largest companies in Canada at that time) where he obtained experience in foreign exchange and hedging analysis of multiple currencies, financial reporting and financial planning for Nortel.  In 2002 he joined MDS, as Director of Finance and Chief accountant where he learned how to build high performance finance teams and gained experience in the life-sciences.  For the next eight years, Lincoln worked as a Corporate Controller for a Dry Food Producer; with seven of these years as he held the position of corporate controller of IAMGOLD and Hudbay.

In 2013, Lincoln joined Enirgi Group, a private global industrials and chemical company with four unique divisions that own and operate world-class assets and operations located in the US, Australia, and Argentina. Enirgi Group’s target sectors include metals and mining, chemicals, diversified industrials, oil and gas, and utilities.  As Vice President of Finance and controller at Enirgi Group, Lincoln’s key responsibilities include but are not limited to: Financial Reporting; Accounting; Financial Analysis; Financial Regulatory Compliance; Forecasting; Budgets; IT; Positive Cash Flow Generation; Financial lecturing, and Developing Talent.  Lincoln says his “passion is in building finance teams and leadership in order to change the view of many Finance professionals to value-added contributors, instead of back office paper pushers and report generators.”  This past December 2015, LeadFX announced that from Lincoln’s longevity and experience in the mining and other manufacturing industries, he was appointed Chief Financial Officer of the company.

Lincoln has written 3 articles which have been published and has been recognized worldwide for his outstanding leadership and commitment to the profession. On April 22, 2015 he was featured in PULSE for the “End of Goodwill Accounting.”  On June 4, 2015 published “Spring Cleaning for Accounts” in PULSE, and on July 8th 2015 he published “People, Process, and Technology” in PULSE.  He was named “Outstanding Professional of the Year” by Who’s Who of Distinguished Alumni and was selected as “Top VP & CFO of the Year” by the International Association of Top Professionals.

Looking back, Lincoln attributes his success to putting people first and his passion for motivating team members to increase productivity.  He understands that his job is not just about crunching numbers or preparing reports; rather he is a valuable asset that contributes to every part of the company.  His hard work, perseverance and passion for helping people, keeps him continuing to thrive.  For the future he will continue to grow as a professional, and help Enirgi Group to prosecute its growth strategy.

Compose your email to GIANNA LYNN DAVIS at IAOTP.