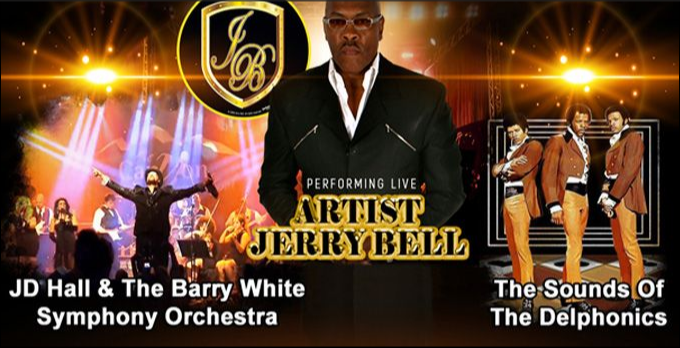 Why: A portion of the proceeds will benefit MusiCares®, a charity of the Recording Academy to help support music people in times of need. MusiCares® provides services and resources that cover a wide range of financial, medial, and personal emergencies. MusiCares® also focuses the resources and attention of the music industry on human service issues that directly impact the health and welfare of the music community.

China Gram, alongside Global Wind Records and Bungalo Records Universal Group, are pleased to present a night of soulful music by two-time Grammy Award winning Jerry Bell to benefit the MusiCares® Foundation. Jerry Bell is the former lead vocalist of the famed group “The New Birth”, the beloved funky R&B group which he was a part of from 1974- 1979. Jerry was also a solo artist for MCA records in 1980, with his album titled “Winter Love Affair”. His next endeavor was in 1983 as a lead vocalist with MoTown’s “The Dazz Band”. Jerry is back again and better than ever, now signed with Bungalo Records/ Universal Music group and has a hit single “You Don’t Know What Love Is”. Alongside Jerry Bell will be JD Hall & The Barry White Symphony and The Sounds of the Delphonics.

A portion of the proceeds will benefit MusiCares®, a charity of the Recording Academy. This charity event is formal attire, with the VIP Red Carpet beginning at 6 pm. General admission doors open at 7:30 PM. Tickets are available at http://www.FondaTheatre.com/events/detail/358982. For more information, email RachelDaresPR@gmail.com