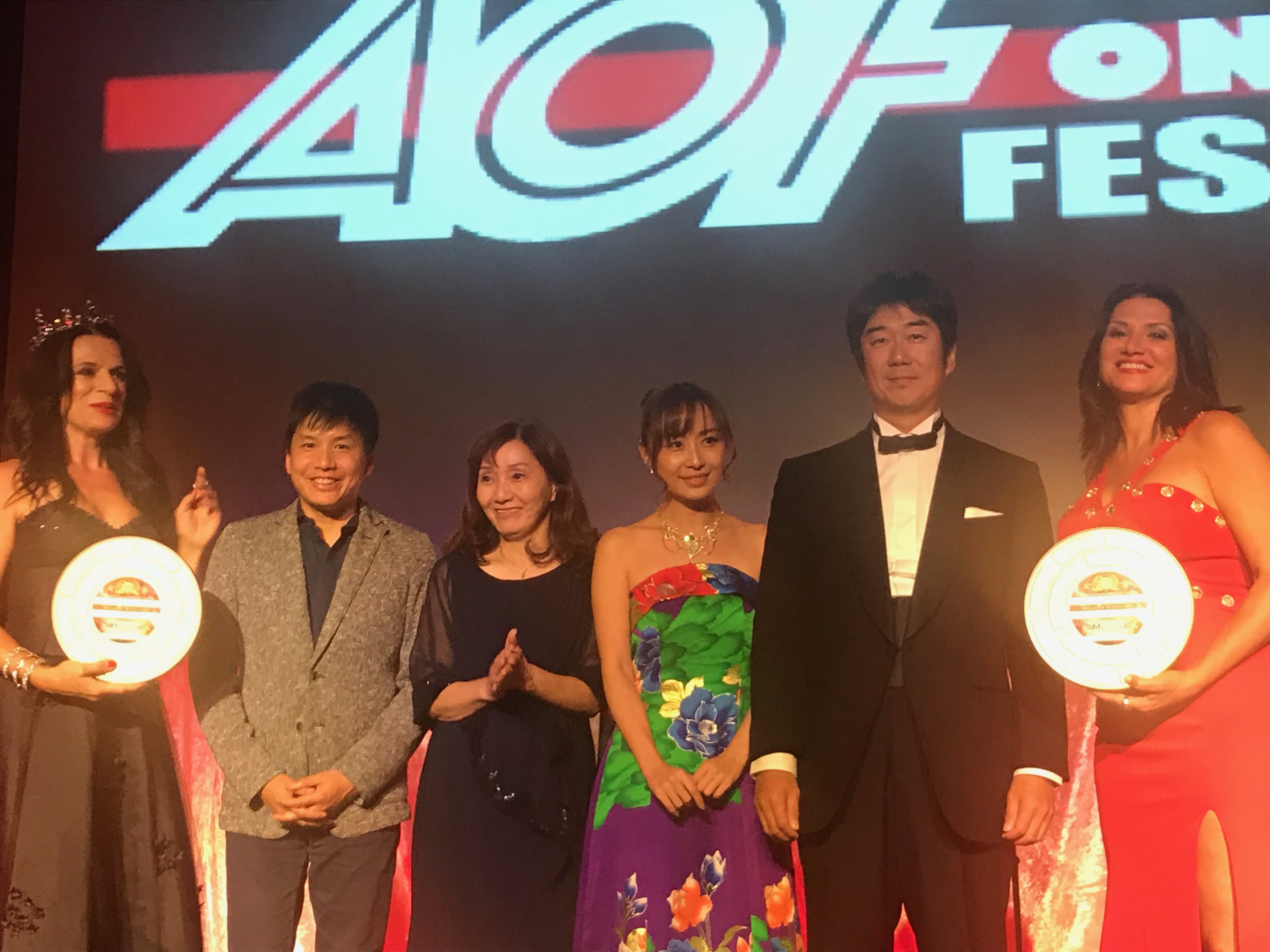 The heartwarming family drama "Miracle in a Spiny Bur" made its international premiere at the AOF and HDIFF festival (Aug 16 - 25) in Las Vegas with 11 nominations and 4 wins. Japanese actress Mau Nishio attended the festival along with director Hisashi Ueda and fellow cast members “Yuuhi” and “Takumi Tsuchida” who are also members of popular boy band “Boys and Men.” Executive producer Yuko Nishio and producer Hayato Mitsuishi were in attendance as well.

“You see, chestnuts are covered in a spiny bur. So are we"

“Miracle in a Spiny Bur” revolves around Yuka Shibuya, a struggling actress who goes to the rural Kasama city every autumn to help out the Kinoshita family with their chestnut harvesting as a part timer. But this year was different. Grandpa Kinoshita had passed away in the spring and Hatsue now lives by herself. On top of that, Daiki Mishima, a mysterious young man all bloody and beaten up, appears out of nowhere in the chestnut field. Despite Yuka’s objections, Hatsue brings him into her home to help out with the chestnut harvesting and the three start to form a special bond as the harvest progresses. But what happens to Hatsue slowly changes the fate of Yuka and Daiki...

Compose your email to Hayato Mitsuishi at Kevin's Entertainment.