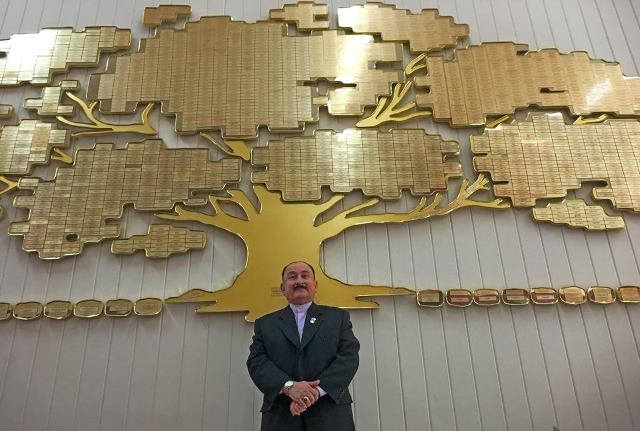 An innovator in his field, Dr. Hector A. Chiesa stands as a leader in Christian broadcasting,  Since 1985 Radio Vision Cristiana has been meeting the needs of Christian Evangelicals in the US and Latin America.

With over 25 million listeners, RVC pioneered the concept of radio gospel. In countries such as Honduras, where Dr. Chiesa was born, his network is the only reliable method of Christian media.

"Our next step was to move the ministry online in a Christian way.   It turned out that in a world of web developers, nobody thought as a pastor or bishop world," said Dr. Chiesa, "When we learned to build this like a startup, not a church or radio ministry, everything fell into place."

The result of these efforts is CirculoCristiano.com, someplace no further than your smartphone to praise God, help churches, and grow Christianity.  It launches officially on April 30th, at the Marcos Witts concert, presented by Radio Vision Cristiana, but anyone can go see a preview today.

Dr. Chiesa has long understood that Hispanic Christians need to use technology in order to foster tomorrow's evangelism.

"We're showing humanity as a whole that we can reach great heights by uniting. We are all brothers and sisters. I refuse the fact to accept all the negativity, violence, adultery, and mischief that has been caused on a global scale."

The revolution for a new era in Hispanic Evangelical outreach has arrived.

Compose your email to Belinda Foster at AWJ Platinum PR.