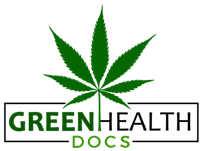 Green Health Docs is physician owned and operated and was formed for a specific purpose: to combat the nation’s opioid epidemic.  According to the Centers for Disease Control and Prevention (CDC), in 2015, 91 Americans died every day from an opioid overdose (that included prescription opioids such as oxycodone, hydrocodone, methadone, and fentanyl as well as heroin).  Since 1999, the number of prescription opioids sold in the United States has quadrupled and the number of overdose deaths involving opioids has followed suit increasing four fold.  During this same 15+ year period, despite a huge increase in opioid prescribing by physicians, patients have not reported any significant improvements in their pain.  Founded by a team of pain medicine physicians, anesthesiologists, and surgeons, Green Health Docs knew that there had to be a better way to help patients and with the legalization of medical marijuana in many states, patients now have a safer, more effective alternative.

Unfortunately, at this time only about 50% of the states have legalized medical marijuana and the conditions that allow patients to qualify for cannabis treatment vary from state to state.  To qualify for medical marijuana treatment in Maryland, patients do not have to live in the state, thus allowing access to millions of patients in neighboring states and beyond.  In addition, patients suffering from any severe condition for which other medical treatments have been ineffective may qualify for treatment.  Some common conditions include PTSD, depression, chronic pain, headaches, insomnia, glaucoma, and cancer.

The excitement for the Frederick marijuana clinic is evident after just speaking with a few of the town’s residents.  Mitchell Wilson, a life-long resident of Frederick, Maryland states that he is “eagerly awaiting the opening of the clinic” and he is hopeful that medical marijuana will help reduce his dependence on opioid pain medications for his chronic back pain.  Other Frederick residents are happy to see the arrival of another alternative to the deadly opioid medications that have taken the lives of many of their colleagues, friends, and family members.

Situated near Frederick Memorial Hospital and downtown Frederick, the Green Health Docs Frederick office is nearby Hagerstown, Gaithersburg, Rockville, Germantown, Westminster, and Clarksburg and is close to northeastern Virginia and southern Pennsylvania.  Green Health Docs plans to open several more clinics across the state of Maryland in the coming months as they continue their mission to combat the nation’s opioid epidemic.

If you or someone you know could benefit from medical marijuana or you are interested in getting more information, you can contact Green Health Docs at 888-318-8669 or via the website: www.GreenHealthDocs.com.