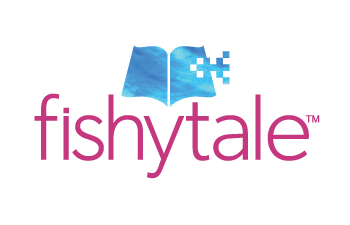 The Company to Release Its First Wave of Content in 2017

FishyTale Digital Learning is developing advanced learning systems that will help educational organizations around the world. Its immersive storytelling design will help children in the classroom learn to read by giving each student the ability to work at their own comprehension level and in their own native language. Leveraging a unique, proprietary software platform to create fully interactive, feature-rich, 2D and 3D animated content across a range of digital devices, including computers, tablets, phones, smart TV, augmented (AR), mixed (MR) and virtual reality (VR) devices and headsets.

Ted Evans, FishyTale’s President and Creative Director, sees the platform as a valuable tool to aid children with learning disabilities.  Evans stated, “The technology is customized to the child’s learning level and style, and their progress can be monitored and evaluated in real-time by teachers and parents.”

FishyTale is currently in post-production on its first interactive immersive storybook, which will be released in early 2017. In addition, the Company is in pre-production of six more storybooks also slated for release in 2017.

FishyTale Digital was founded in July, 2014 by CEO Eric Luttio, a tech leader with over 25 years of executive management experience in mutable industries from telecommunication to biotechnology and healthcare; VP of Sales and Marketing, Denny Andrews, a former business owner, published author, and corporate trainer who created and presented business strategies for Boeing, Microsoft, Farmers Insurance and hundreds of other companies; and President/Creative Director, Ted Evans, who has created innovative content for clients such as Sony, Apple, Nintendo, Comcast, Intel, Microsoft, Disney Imagineering, and Virgin Media TV. To learn more about the company, team members, and upcoming product launches, visit FishyTale Digital Inc., at http://www.FishyTale.com .

Compose your email to Denny Andrews at FishyTale Digital Inc..