Evy Ougendal selected for the Lifetime Achievement Award by the International Association of Top Professionals (IAOTP). 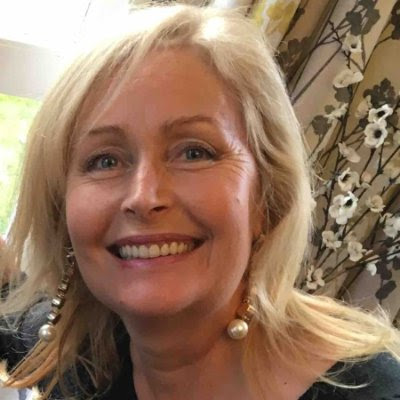 Evy Ougendal, President of the Portuguese-Norwegian Chamber of Commerce was selected for the International Association of Top Professionals’ prestigious Lifetime Achievement Award for 2018.

While inclusion with the International Association of Top Professionals is an honor in itself, only a few members are chosen for this distinction based on their years of experience in the field, professional accomplishments, academic achievements, leadership abilities, and contributions to their communities.  These are truly incredibly talented professionals who have dedicated their life to their work and have had a lifetime of achievement and success!

IAOTP will be announcing Evy’s selection for not only the Lifetime Achievement Award but also for her selection as Top Female Executive at their 2017 Annual Award Gala being held at the Ritz Carlton.  Evy will be receiving the Sapphire Diamond Crystal Tower engraved for her Lifetime of Achievement and Success. www.iaotp.com/award-gala

Evy is being recognized for having over three decades of professional experience, and for demonstrating success not only with the Portuguese-Norwegian Chamber of Commerce but with every company she has worked for. She has also provided visionary leadership in the highly competitive Travel and Real Estate industries. The President of IAOTP, Stephanie Cirami stated, “Choosing Evy for this award was an easy decision for our panel to make.  She is smart, inspiring, and a dynamic, results-driven leader, who has countless accomplishments. We know we will see more amazing things from this woman in the future and cannot wait to spend time with her at the gala.”

Evy is an Internationally Award winning Senior Executive and Board Member within diverse industries from sports and culture to property development and marketing.   She is the former Chief Executive Officer of a major property development adjacent to the prestigious Vale do Lobo Algarve in Portugal.  She began her post-collegiate career as a real estate agent and rose through the ranks very quickly, advancing to director and partner in her real estate agency and later senior advisor in Norway´s biggest bank, DNB´s commercial property division. She was head-hunted to one of Norway’s leading real estate companies as marketing director, and was relocated to oversee and manage the company’s development of a 140 unit luxury holiday resort in the Algarve, Portugal – the Dunas Douradas Beach Club, where she was appointed CEO in 2007.  She served in that position until April of 2014. Aside from her several board positions she has held over the years in real estate, Evy was also a press spokeswoman for the Realtors Union and had several appearances on national news broad casting networks in the nineties.  For the past year most of Evy’s time has been devoted to innovation and environmental issues. She has been a mentor for startups helping to pitch sustainable developments and she has been working on encouraging collaboration between Portuguese and Norwegian research.  She has also been helping to raise money on researching women's health issues.

Evy remains active in her community and very much involved in the International Community, innovation and emerging markets. She has been recognized worldwide for her outstanding leadership, her passion to architecture and landscaping, and her commitment to the profession. In 2010, Evy was honored with the European Residential Property Awards in association with Bloomberg/Kohler, Best Development Europe. She also received the World Travel Awards, Europe’s Best Apartment and Villa Residences in 2012. In 2015 she was named “Outstanding Professional of the Year” with Bristol Who’s Who and for 2017 selected as Top Female Executive with the International Association of Top Professionals.  She is a board member of Bygdoy Sanitetsforening, Member of the National Theaters Support Group and former singer in the Borkman Quire at the Norwegian National Theatre. She is a member of both British Portuguese Chamber of Commerce and the Oslo Chamber of Commerce, and an associated member of League of Leading Ladies in Switzerland. Evy also has an Executive Board Position with Norwegian Eco Solution (NESPLUS). This innovative startup is developing a non-emission house.

She is also a sought after international-level speaker and was honored as a guest speaker at the yearly assembly of European Shopping Centers in 2001, at the conference for “Women in Business” in Lisbon and interviewed on Bloomberg TV in 2010.

Evy received her degree in Economics, Real Estate and Journalism from Oslo University College and is about to complete her Master of Business Administration degree from Heriot- Watt University, Edinburgh. She is fluent in English, Norwegian, Portuguese, and German.