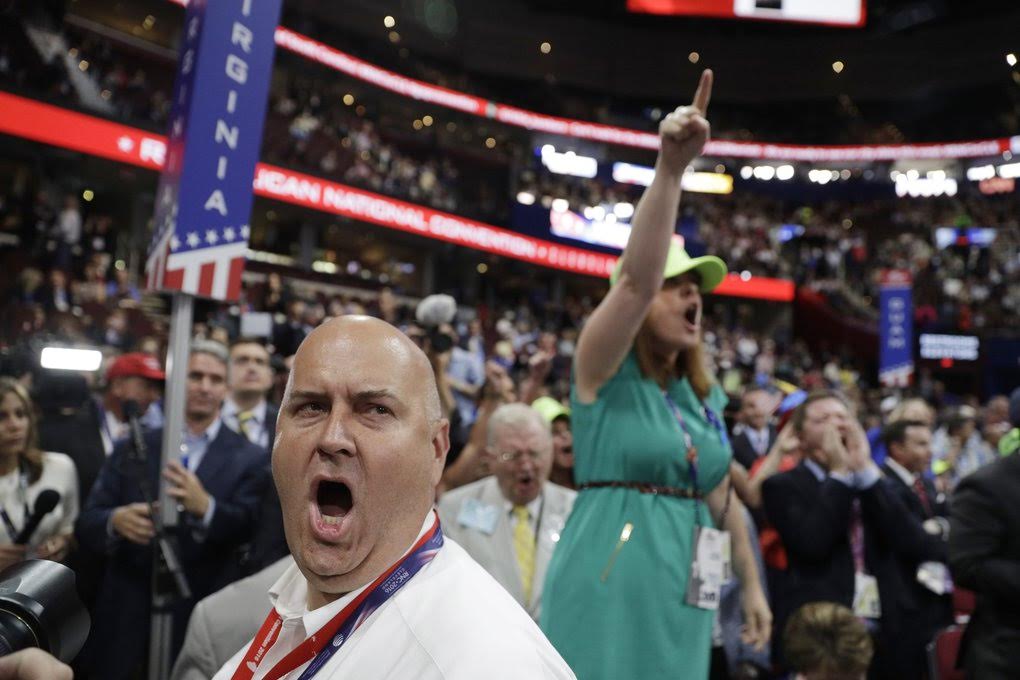 “The 2016 presidential election cycle has challenged the status of the American people in unprecedented ways.  Such changes are substantial, threatening to reshape and redefine us as a nation for future generations. We must seek justice.”

American Civil Defense has filed criminal complaints with both the FBI and the Cuyahoga County, Ohio Prosecutor's office against Donald J. Trump, RNC Chairman Reince Priebus, and others. They are accused of threatening and preventing duly elected delegates to the 2016 RNC Convention from performing their sworn duties.

The official FBI complaint against Trump includes allegations of FEC violations, fraud, money laundering, tax evasion, ties with organized crime, and violations of the RICO Act such as those of an ongoing criminal enterprise alleged in the civil suit against Trump University. The complaint further documents Trump's mental and psychological unfitness to serve as President of the United States, and includes statements from military and security experts that Trump poses a threat to America's national security.

A second complaint, filed both with the FBI and with the Cuyahoga County Prosecutor against Trump, Priebus, the RNC, and several named individuals, includes documented death threats, harassment, and intimidation of delegates to the 2016 RNC Convention aimed particularly at those delegates who wished to vote their conscience. The complaint also alleges that a requested floor roll-call vote on the acceptance of the RNC Rules was illegally defeated by those in charge of the Convention at the time of that request.

Delegates were shown on C-Span video, personal cell phones, and still photographs being suppressed from voting, ignored, blocked, and threatened by individuals whom ACD alleges were ordered by Trump and RNC Chairman Reince Priebus. By filing these complaints, American Civil Defense seeks to ensure that our presidential nomination process remains free from corruption and intimidation.

American Civil Defense spokesman, John Cahill says: "The complaint is supported by a litany of specific evidence, from Donald Trump's fraudulent and incompetent business practices, to his highly reactive narcissism, lack of personal control, and utter inability and unwillingness to seek and tell the truth."

Compose your email to Karen Grube at ACD .