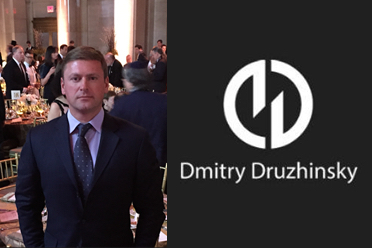 For the second year in a row, MatchPoint NYC hosted the R Baby Foundation’s annual tennis tournament on April 16. The venue’s co-founder, Dmitry Druzhinsky is pleased to announce that over $250,000 was raised at the event, which featured tennis professionals and Wall Street’s leading financers.

The R Baby Foundation is America’s first and only nonprofit organization with the mission of saving infants’ lives by improving pediatric care, and to date, has donated $8 million to hospital programs and saved more than one million lives. The charity’s tennis tournament was created in 2010, by Jason Pinsky, “Six years ago I saw the foundation was doing a golf event, and I suggested we should do a tennis event. The first year was sort of a test and it went well, and the demand has been high ever since. We bring together a great group of competitive guys for a great cause.” In 2015 and 2016, the Foundation is proud to have raised over $500,000 for childcare initiatives including telemedicine with pediatric experts, mobile simulation training programs, and symposiums.

MatchPoint NYC is located on a three acre lot on Coney Island and features over 120,000 square feet of top of the line equipment and amenities, but its most notable aspect is an expansive nine court indoor tennis arena, the largest of its kind in Brooklyn. The luxury sports center was co-founded by Dmitry Druzhinsky in 2013, after noticing a lack of recreational infrastructure in the region. Due to his dedication to club’s members, employees, and the community, the complex has quickly become the preferred venue for families, professional athletes, and cause driven charity events. “They are great to work with,” said Darren Port, CEO of Powered by Professionals and one of the runners of this year’s tournament, “He has really gone out of his way to invite us to work with them, and that has helped make the event really special in the two years we have had it here. The foundation does a great job in keeping its expenses low to ensure that the money raised goes towards the cause, and MatchPoint’s generosity helps make that possible.”

Dmitry Druzhinsky is a South Brooklyn entrepreneur, and philanthropist. Inspired by his passions for tennis and community, he built and co-founded MatchPoint NYC, a $20 million venture located in Coney Island that is now the largest fitness center in Brooklyn, and second largest in all of New York. The complex contains state of the art facilities that can accommodate a diverse array of recreational and professional sports, including tennis, swimming, basketball, MMA, and weightlifting. Over one hundred classes are offered each week in three group fitness studios, ranging from a variety of topics including boot camp, yoga, and Pilates.