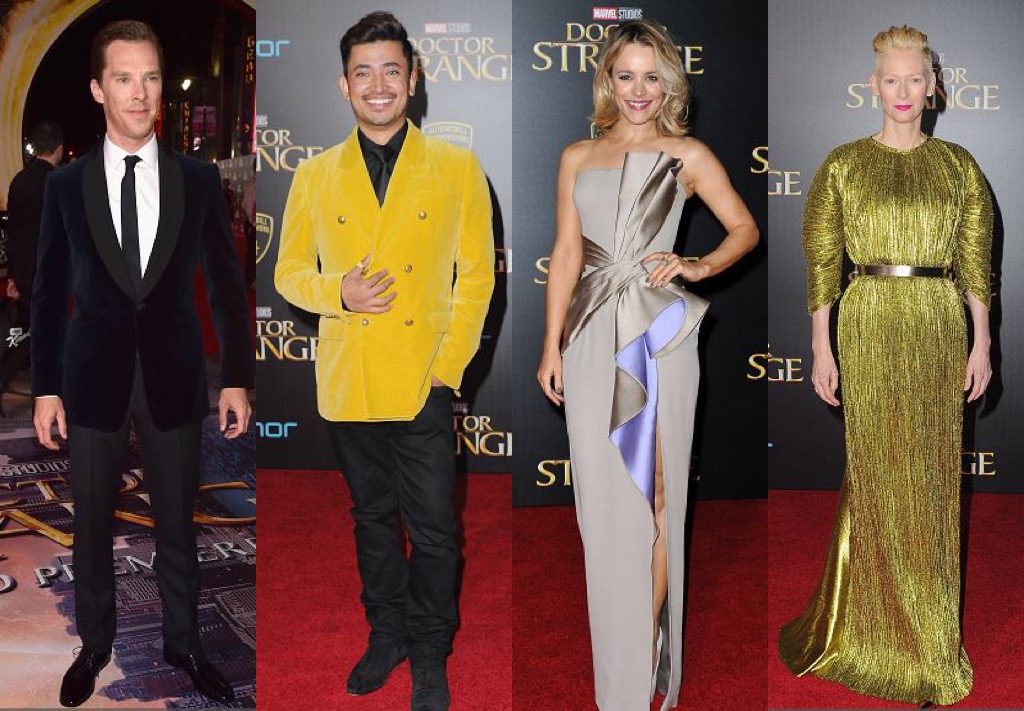 Doctor Strange is the second-biggest fall movie of the year in the US and has now crossed $100 million at the US box office on November 9. Globally, Doctor Strange passed $325 million as of Tuesday afternoon. This is also a Disney success story, as the company has itself reached $6 billion at the global box office, a new record.

This is also a success story for Nepal. Many scenes of Disney and Marvel's Doctor Strange was shot on location in Kathmandu, Nepal soon after the 2015 earthquake that devastated the country where thousands of people died and many were left homeless. The filming of the movie in the country brought positive attention back to Nepal, helping the victims as well as showing the world Nepal is safe to visit again.

"I truly believe that Hollywood, World Cinema and the Fashion Industry can unite our world and make it a better place. Hollywood and Movie Studios often get a bad name for being money hungry, whitewashing, corporate monsters. But I would like to sing a different tune and highlight the fact that Hollywood and movie studios have also done great work in making this world a better place. For example, I am proud of Disney and Marvel, Benedict Cumberbatch, Chiewetel Eifor and the director Scott Derrickson for going to Nepal to shoot the film so soon after the earthquake that devastated the country. They could have easily chosen to film all of it on set, but they didn't. I am all for it. My philanthropic foundation Humans of our World did extensive work in providing relief to the victims as well as bringing positive attention and help to Nepal. The trouble with disaster areas, is that the media's attention lasts for a few weeks, Nepal's earthquake victims plight was soon forgotten, but Benedict and Marvel being there, brought attention back to Nepal and now the movie Doctor Strange being released worldwide tells the world that the country is ready for tourism and visits and also helps bring attention to the continued plight of earthquake victims in Nepal. The country's economy depends largely on tourism.  As a philanthropist who believes in making the world a better place, I would like to thank all of them. And I must say Nepal has been picturised in such a spectacularly beautiful way. The country is a perfectly beautiful backdrop for a Marvel and Disney blockbuster which adds to the grandeur of Doctor Strange. Hollywood has done good this time, Disney and Marvel must be applauded. Hopefully just like Nepal, Hollywood will film movies in other disaster struck areas like Italy, Haiti, etc too. Obviously as long as it organically fits the storyline. I love the world uniting, be it for art, fashion, sport, movies, etc and hopefully someday for politics. I will keep using my platform to shine light on the causes that need help and to the ones bettering our world."

Compose your email to Emma Johnson at Johnson Public Relations .