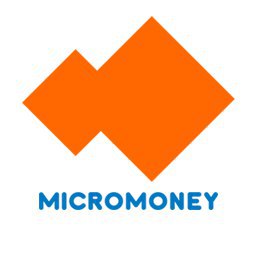 First-of-a-kind blockchain credit bureau MicroMoney Intl. has announced a partnership with Celsius Network, a decentralized credit lending platform.  The new tandem is hoping to expand the reach of cryptocurrency loans to customers worldwide. Since both firms’ platforms use the global Ethereum blockchain technology, the partnership will also endeavor to develop and standardize the protocols on top of which all monetary transactions are processed on the blockchain open-ledger system.

“We are planning to build something together with Celsius Network now that has never been attempted before – a worldwide blockchain lending system that will help millions of people around the world with their first loans.  I am truly delighted and proud,” said Anton Dzyatkovsky, MicroMoney co-founder.

The MicroMoney.io app currently extends credit to over 100,000 people in five Asian countries: Cambodia, Myanmar, Indonesia, Sri Lanka and Thailand. The firm seeks to serve those who are underserved by the banking industry in the developing world and hopes to expand globally. MicroMoney is currently running its token distribution campaign and looking to raise between $15-$30 million, which will help add over 2 million new customers to its user base.

The NYC-based, Celsius Network similarly manages and extends consumer loans through a peer-to-peer network. Like MicroMoney, Celsius hopes to serve the underbanked population with a focus on young adults who have limited or no credit histories. The product is slated to launch next year after a token distribution. Celsius recently published its open-lending and credit protocols, which are now available for adoption by all other lending organizations.

The MicroMoney executive team is led by Anton Dzyatkovsky and consists of a diverse team of experts in various fields. Celsius Network is helmed by serial entrepreneur, Alex Mashinsky, founder of Transit Wireless and Arbinet - two of New York’s most exciting startups in the past decade.

Founded in 2015, MicroMoney International (micromoney.io) is a global fintech company offering financial services for the unbanked in the emerging markets, and access to the unbanked audience for banks, trade, and financial organizations. MicroMoney is a fast-growing company valued at $1.85 million, with over 85 employees in six international locations.

Compose your email to Vladimir Grinevsky at MicroMoney.