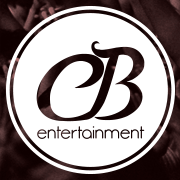 While they cater to various genres, their primary specialties are rock and roll, hard rock, heavy metal, and alternative. Founded in 2010, this collective of musicians has helped countless fellow emerging artists refine their innate talents and ultimately gain traction in the music world.

With over a decade’s worth of extensive expertise, Christopher Bianchi and the CB Entertainment team know the ins and outs of this ever-evolving industry and will do everything in their power to assist artists in reaching their full potential.

Compose your email to InThe at InTheMusic.net.