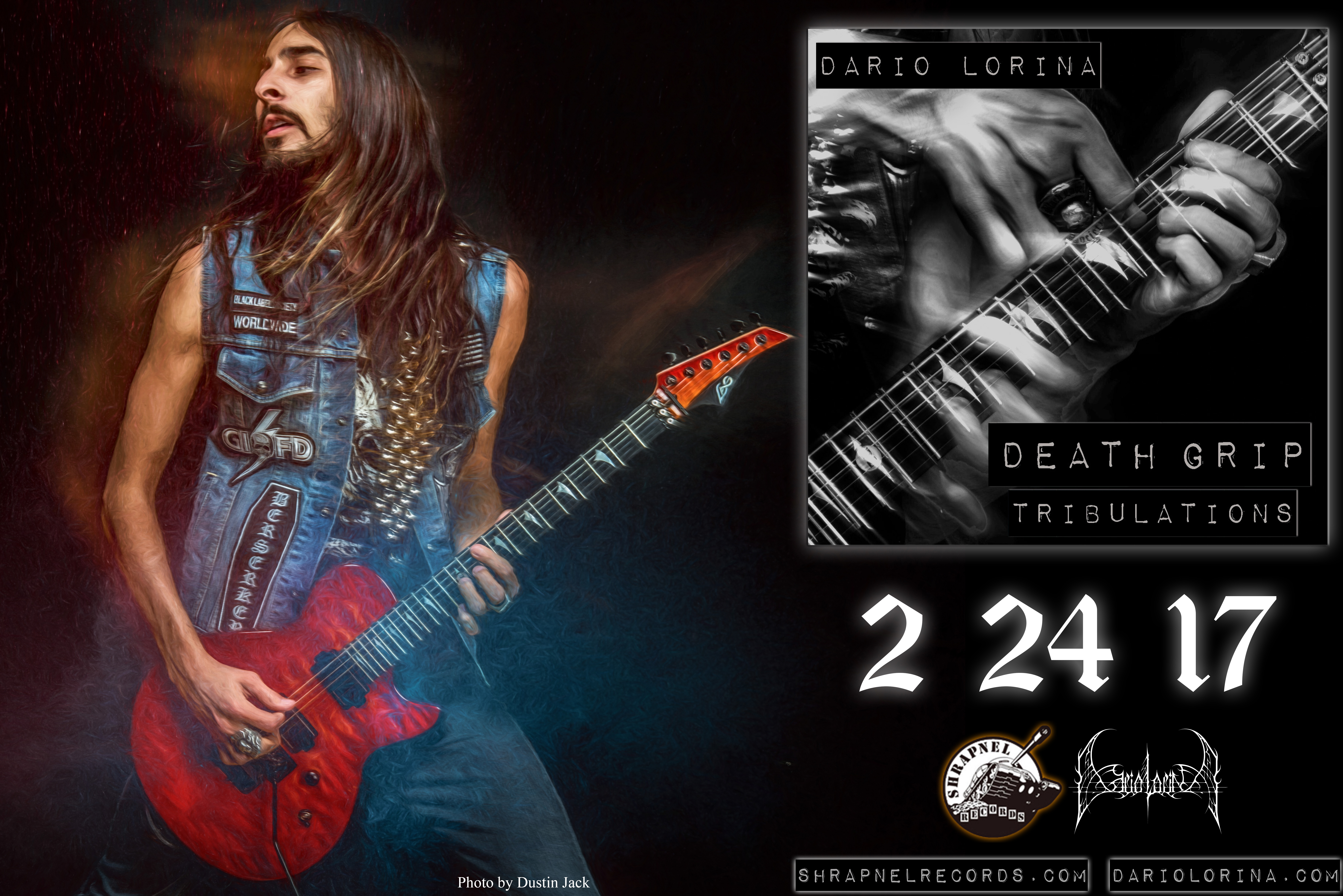 “Death Grip Tribulations makes it clear that Dario Lorina has become a force to be reckoned with, as at twenty seven years of age he draws from experience far beyond his years, creating a collection of songs built on forceful rhythms, strong melodies and an arsenal of advanced guitar chops.” -Mike Varney, Shrapnel Label Group

Metal guitar young blood, Dario Lorina began his professional career in 2006 at age 16 as the touring guitarist with the late Jani Lane (ex-Warrant).  At age 19, he joined veteran metal act Lizzy Borden whom he toured with for 4 years.  Dario released his first instrumental record on Shrapnel Records in September of 2013.  January 1st, 2014 he joined Black Label Society and has since been touring worldwide with BLS and Zakk Wylde, performing on both guitar and keys, most recently on Zakk Wylde's latest Book of Shadows II tour.