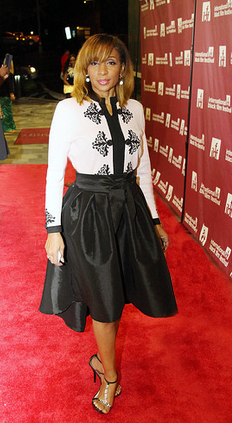 Writer/director Dena Rivera, today announces the sale of Breaking News: School Shooting to TV One network. Swirl Films will serve as the production studio for the film, which will be produced in association with DeMar Productions.

The film, based on a true story, depicts a school’s bookkeeper struggling against incredible odds in her personal life, arriving at work only to receive devastating news. While preparing to face this crisis, as well as the normal challenges of her workday, in walks an armed stranger pointing a loaded AK-47 assault rifle and declaring, “We are all going to die today.” The gunman has a plan; slaughter a massive number of children, some cops and then kill himself. He has enough ammunition to take out every living person in the building. This is more than just the amazing account of tragedy averted. It is the story of what can happen when we allow ourselves to be used for good.

"We are thrilled to work with Swirl Films and TV One to bring Breaking News: School Shooting to audiences around the world as the film details the underpinning of the outrageous trend toward mass shootings all over the world. We are sure this action/drama will resonate brilliantly with global viewers," says Dena Rivera. “The goal is to entertain and educate while increasing the awareness of mental illness and the gun control issues that plaque our world. It is to deliver content that is unique in tone and unsurpassed in quality, always captivating viewers and leaving them craving for more.”

Swirl Films, with more than 30 years of experience in the music and film industries, is America’s “number one independent urban film production company”, with over 60 original productions in the past 6 years, focusing on independent features and multi-camera productions. The company regularly supervises and executes a variety of production elements, from casting and budget creation to talent relations and securing distribution for numerous films.

About DeMar Productions
DeMar Productions is a film and television production company with offices in Atlanta, GA. The company has a goal to produce films that affect people and push filmmaking to its full potential to entertain, compel, and educate audiences. Their desire is to produce intelligent, magnetic films and create powerful television series.

Compose your email to Dena Rivera at DeMar Productions.