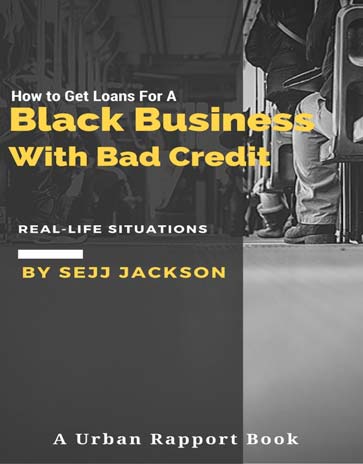 "Sejj captures the many realities that African Americans endure while trying to get funds for their businesses." -The Urban Rapport

Sejj combates these discriminatory financing methods, by presenting several proven financing alternatives that African Americans can take to get loans without banks.

This great book opens the discussion about African Americans needing financing and the many challenges that are involved with an African American trying to get funding. Sejj then shows how to circumvent this discriminatory banking challenges, so African Americans can get more access to the funds they need to operate a business successfully.

"How to Get Loans For A Black Business  With Bad Credit"

Compose your email to Sejj Jackson at The Urban Rapport.