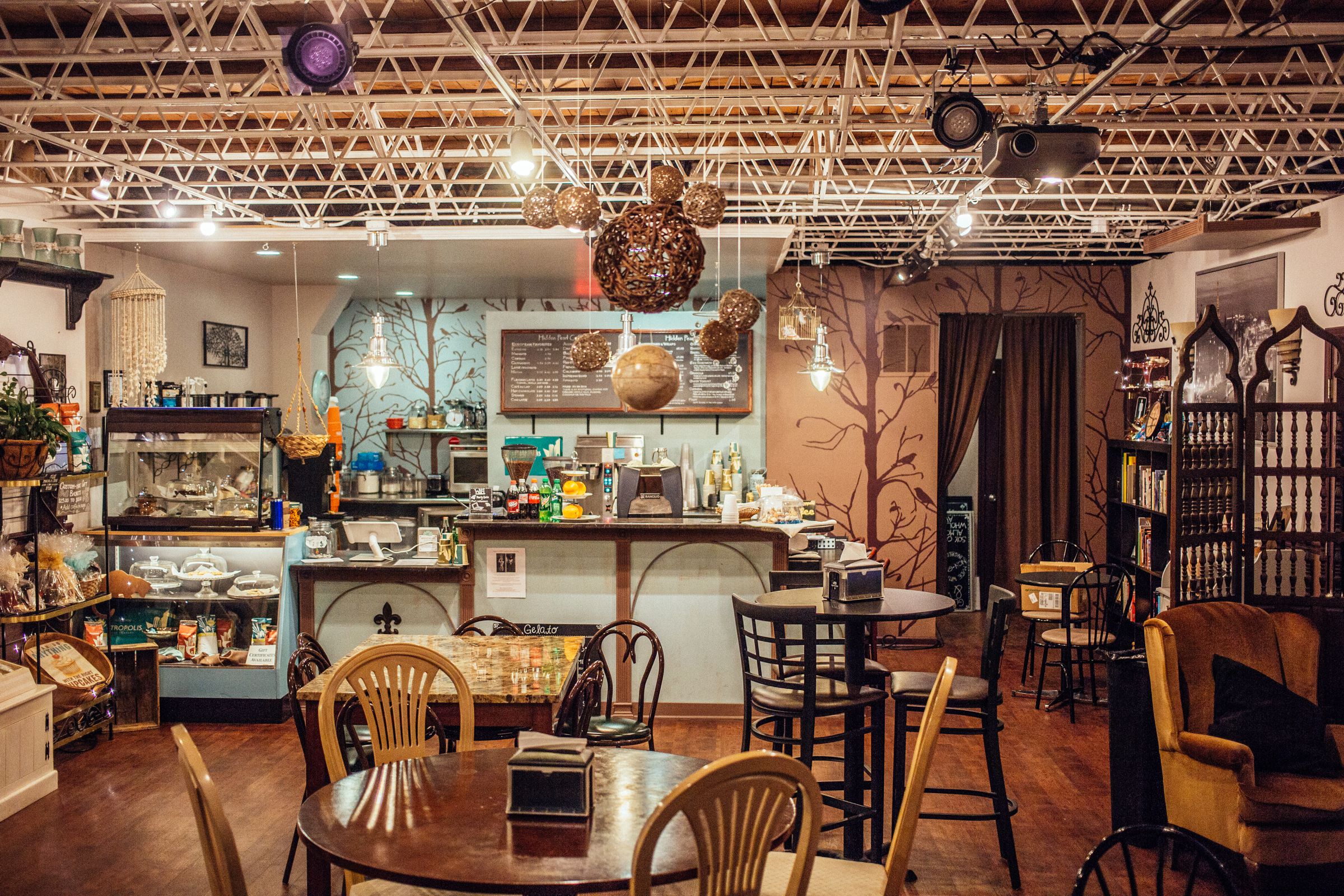 The chains crisscross the country and one is hard to distinguish from another. But, among all the cafes serving coffees, lattes, mochas and teas, here and there coffee drinkers will find those unique independent cafés that actually reflect the communities they serve.

One such café is ‘The Hidden Pearl’ in McHenry, IL. Opened in 2014, ‘The Pearl,’ as locals call it, is embraced as a place where business owners and managers meet for one-on-one networking, or with clients and prospective clients. Church groups hold meetings there. They have plays and live performances. But, ‘The Pearl’ is losing its lease and the owner is trying to move to a new location down the street.

“Our building was recently purchased and the new owners have given us three months to get out,” said Dan Kernes, the owner of ‘The Pearl.’ “We have a new location but it will cost $90,000 to build out the space. We can cover about half of that.”

To raise the other half, Kernes has setup a Kickstarter page where folks can pledge funds to help ‘Save the Pearl.’ So far, they’ve raised about $2,000. They have 19 days to raise the other $44,000.

Kernes said that independent cafés, such as ‘The Pearl,’ are an alternative to the sterile, cookie-cutter, big-chain coffee shops that are as common as McDonald’s or Burger King.

“‘The Pearl’ is a great place to relax with a cup of coffee or tea,” said Monique Virgilio, with Marrow Digital, a frequent customer at ‘The Pearl.’ “It’s a friendly place where the baristas are likely to know your drink of choice when you walk in the door, as well as your name.”

Assuming they raise the funds necessary to build out the new café, Kernes said that it will include a performing arts section. They’ll have live performances there, such as those put on by a new improv group that has had plans to use ‘The Pearl.’ But they’ll also use the space for other functions, such as meetings for business networking groups and wedding and baby showers.

To make a pledge to save ‘The Pearl,’ visit www.hiddenpearlcafe.com/kickstarter.

Compose your email to Dan Kernes at Hidden Pearl Cafe.